President Muhammadu Buhari on Friday in Abuja mandated his Chief of Staff and the Secretary to the Government of the Federation, (SGF), to ensure that all Ministers and Heads of agencies include young people with the requisite skills and experience in all Boards and Committees of the Federal Government. 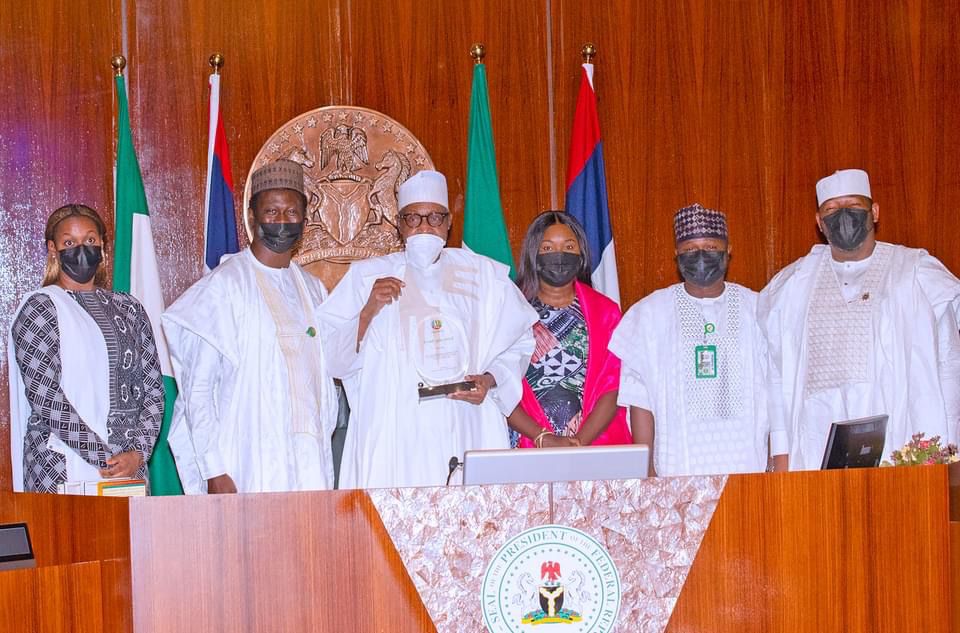 The President, who gave the directive while receiving members of the All Progressives Congress (APC) National Youth Lobby Group, said young people’s inclusion in governance would encourage learning and mentoring in government and politics.

The President asked the SGF to submit a report on the inclusion of young people on boards and committees that are yet to be constituted, next month.

He further directed Prof. Ibrahim Gambari, Chief of Staff, and the SGF to ensure monthly engagements with the APC Youth Lobby group for better synergy and cross pollination of ideas and opportunities.

He urged both senior government officials to explore the establishment of a Committee of young people to form the monitoring and evaluation team of ongoing Federal Government projects across the country.

He said the committee would provide feedback which will enable his government to hold public office holders and those given responsibility to account.

The President also welcomed the idea of the establishment of a Presidential Committee on Youth in liaison with the youth leader, requesting the SGF and the Chief of Staff to work out the modalities for its operationalization.

President Buhari told the APC Youth Lobby Group, led by Barrister Ismaeel Ahmed, that the leadership of the party would ensure full participation of young people at all levels.

”It should be a deliberate policy of the progressives in ensuring that we have a robust succession plan in place,” he said.

Commending members of the APC National Youth Lobby group for the work they are doing for the party, the President urged them to help the party achieve a successful Convention on February 26, 2022 and in subsequent elections in Ekiti and Osun States.

President Buhari declared that APC must be made attractive for younger people to continuously take ownership of it because that is the future, and ”that is what progress means”.

The President, who endorsed the 2021 APC Youth Conference Report presented to him, assured the Group that the recommendations in the report that are within his own remit would be given favourable consideration.

He also promised to encourage the leadership of the States and the party to implement the recommendations of the report for the benefit of young progressives.

Describing the President as the leader of the party and moral compass of the nation, the APC Youth leader thanked him for sending a powerful delegation to the Progressive Youth Conference in June 2021, demonstrating that the present government believes in young people.

On the forthcoming APC convention, Ahmed appealed to the President to speak for the “young people whenever we are not there to speak for ourselves, as you have always done”.