The state of insecurity in Nigeria has assumed a frightening dimension as over 40 local government areas in different parts of the country are firmly in the control of various non-state actors, including terrorists, bandits and so-called unknown gunmen.

Speaking to newsmen, some residents stated that it would be extremely difficult for the residents to participate in the forthcoming 2023 general elections. The ungoverned territories are spread over local government areas in Kaduna, Zamfara, Niger, Katsina, Sokoto, Abia and Imo States.

The situation is threatening the conduct of the 2023 general elections, especially in those ungoverned territories as the security of electoral personnel and voters cannot be guaranteed. For instance, some rural communities in Kaduna State are currently deserted as a result of the activities of terrorists in the State, according to reports. The local government areas are Chikun, Kajuru, Kachia, Zangon-Kataf, Kauru, Lere, Birnin-Gwari and Giwa.

The spokesman for the Southern Kaduna Peoples Union, (SOKAPU), Luka Binniyat, said the areas that had become ungovernable spaces in the State were the size of Abia State, adding that the State governor, Nasir el-Rufa’i, had made a belated and unfortunate admission that terrorists had taken over the State and were forming parallel governments. 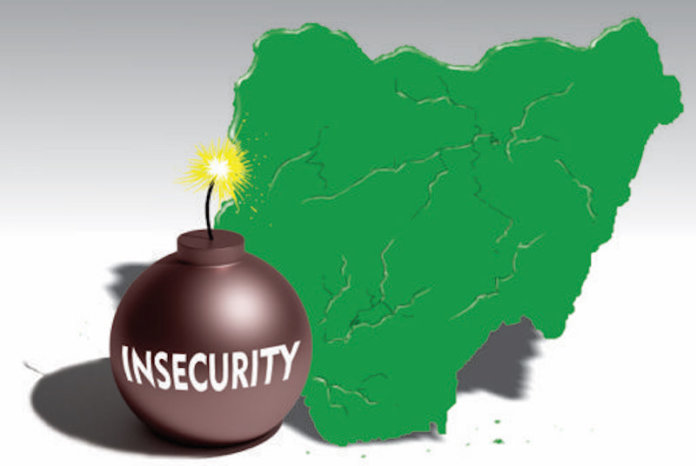 The terrorists had in the past been kidnapping and killing residents on a daily basis but for the current onslaught on them by the troops of the Nigerian Army. Recall that el-Rufa’i had, in a leaked memo to President Muhammadu Buhari, said terrorists were taking over the State and forming a parallel government.

In Niger State, seven local government areas have been under constant attack by bandits. They are Rafi, Munya, Shiroro, Magama, Mashegu, Mariaga and Wushishi, while the Boko Haram sect recently hoisted its flag in Shiroro. Some residents of the communities said they would be disenfranchised as a result of the insecurity, which had made them flee their homes.

As for Katsina State, especially those in local government areas that border Zamfara, Sokoto and Kaduna States as well as the Niger Republic, the residents currently live in fear following the surge in terrorist attacks in their communities despite efforts of security operatives and the State government to curb the incidents.

Officially, there is no local government area that is under the control of terrorists in the State; however, an investigation showed that the terrorists operate in many communities in the council areas. Indeed, the terrorists recently extended their attacks to the State capital, Katsina, as they operated in some satellite communities in the Shola Quarters in the town on two occasions within a month. Investigation showed that terrorists had extended their attacks beyond the eight frontline local government areas of Batsari, Jibia, Danmusa, Safana, Sabuwa, Kankara, Dandume and Faskari and gone to other councils like Dutsinma, Kurfi, Batagarawa, Rimi, Danja, Kafur, Matazu, Kaita, Malumfashi and Katsina.

In Sokoto, no fewer than 11 out of the 23 local government areas of the State are currently affected by insecurity. The affected local governments include Illelah, Rabbah, Sabon-Birni, Isa, Wurno, Gada and Goronyo, in the eastern senatorial district of the State. Others are Tangaza, Gudu, Denge-shuni and Kebbe, while Shagari and Yabo have had flashes of insecurity.

Similarly, in the South-East region, the activities of terrorists in Abia State and parts of the Njaba local government areas of Imo State are a source of concern to residents as the nation prepares for the 2023 general elections. While many residents have fled their communities because of killings and the burning of security and government facilities, there are doubts that INEC will conduct successful polls in the affected communities.

The fear is heightened by the decision of INEC to blacklist the affected LGAs during the just-concluded voter registration.

The consensus among residents in all these local government areas across the nation is their apprehension over the forthcoming general elections, as they maintained that the terrorists may not allow them to exercise their civic responsibility.