The leader of Fulani herdsmen and Secretary of Miyetti-Allah Cattle Breeders Association of Nigeria, (MACBAN), in Kano State, Zubairu Ibrahim, has disclosed that herdsmen from South-West, South-East and other parts of the country have indicated interest to relocate to the Kano RUGA settlement.

According to Ibrahim, some of the herdsmen are from States such as Nasarawa, Niger, Enugu, Oyo, among others. He said that herdsmen from five states of the federation have already relocated to Kano. 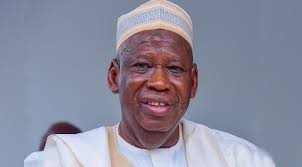 Kano State governor, Abdullahi Umar Ganduje, had recently declared that it was no longer acceptable for herdsmen to move their animals from the North to the South. This is coming in the wake of the recent announcement by governors of the South-West and South-East banning open grazing and movement of cattle by foot.

Ganduje called on the government to restrict the movement of herders and cattle from the North to other parts of Nigeria, explaining that this would end the frequent clash between herdsmen and farmers in the country.