Former President Goodluck Jonathan escaped death by the whiskers yesterday evening, when he got involved in an auto-crash that has reportedly claimed the lives of two of his aides. 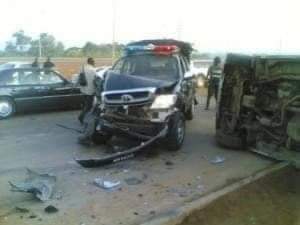 Another aide of the former president, who confirmed the accident, said Jonathan escaped unharmed and was fine and okay.

As of the time of filing this story, the former president was said to be at home.

Speaking on the incident via a statement signed by his media aide, Ikechukwu Eze, the former leader expressed sadness at the development and commiserated with the families of the deceased while wishing the departed eternal rest.