A kidnap syndicate made up of members of the same family has been apprehended by operatives of the Ogun State Police Command.

This was disclosed by the spokesman of the Ogun State Police Command, Abimbola Oyeyemi, in a statement yesterday. He said the family members were nabbed following a series of kidnap cases within Sagamu and its environs in the year 2020.

According to him, “The Command’s Commissioner, Edward Awolowo Ajogun, gave a marching order to the Area Commander and all the Divisional Police Officers in Sagamu to fish out those behind the dastardly act within the shortest possible period.

“In compliance with the directive, the DPO, Sagamu Division, Chief Superintendent of Police Okiki Agunbiade, and his crack detectives with the support of Sagamu Security Council under the Akarigbo of Remo-land, Oba Adewale Ajayi, embarked on an intelligence and technical-based investigation, which led to the arrest of one Oweniwe Okpara, from Delta State, and three of his children as well as one Christian Ishaha, who accommodated them”. 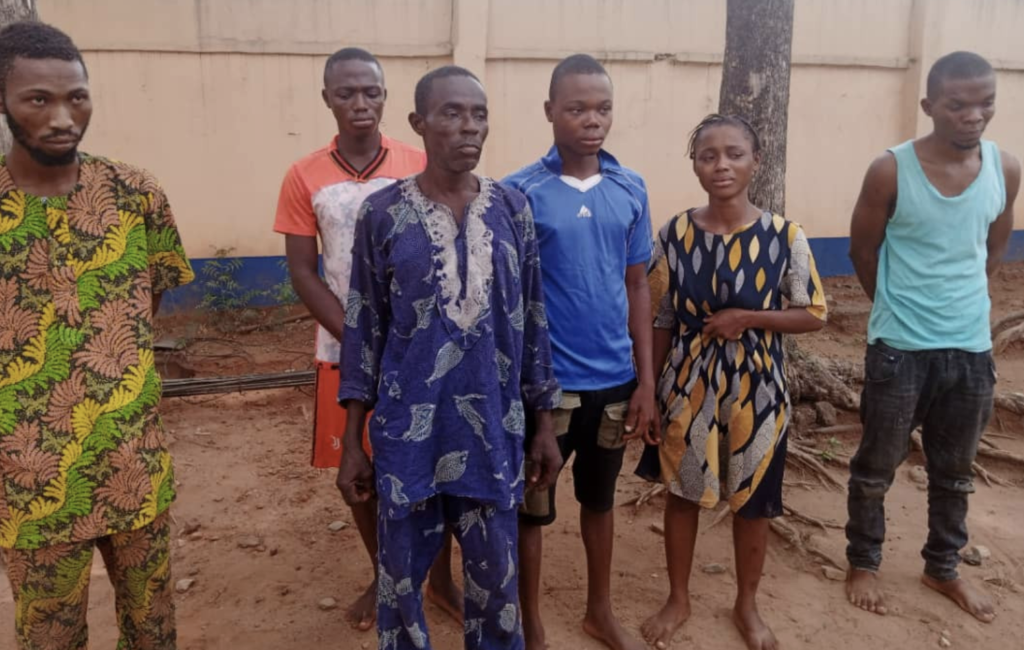 He said they were arrested in the Ajaka area of Sagamu; their arrest followed for their roles in the kidnapping of eight persons at different times in Sagamu and other areas.

“Having heard about the arrest of their father and their three siblings, Godwin, Godspower and Mathew Okpara took to flight and ran to Delta State with their operational car and their arms, where they were subsequently apprehended by the Delta State Police Command after carrying out another kidnapping there.

Their camp, located in a forest in Aiyepe-Ijebu, where their father used to farm before converting it, was located by policemen led by the DPO of Sagamu and subsequently destroyed. Items recovered at the camp included three expended cartridges, cooking gas, tarpaulin, cooking utensils, women bags and twine”, he stated.

Ajogun, who expressed satisfaction with the intelligence and painstaking investigation of the detectives, has reiterated the stand of the Command not to relent in accomplishing the onerous task of providing adequate security for the good people of Ogun State. He therefore appealed for the cooperation of the general public in the area of giving useful information that will assist in eliminating criminals from the entire State.