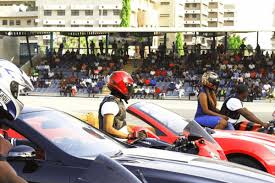 The FCT Police Public Relations Officer, DSP Josephine Adeh disclosed in a statement yesterday in Abuja, on behalf of the FCT Commissioner of Police, Babaji Sunday.

She stated that the suspects were arrested and the cars seized under the enforcement of Regulation 228 of the Road Traffic Act on the prohibition of illegal car races and other similar offences.

According to the statement, the enforcement team, led by the police commissioner in charge of the FCT, Babaji Sunday, impounded the cars on Sunday, around Muhammadu Buhari Way, by NICON Insurance area, where they converged for illegal car racing.

The order followed public outcry on the menace of recklessness, the risk to lives and damages to personal property as well as critical national infrastructure caused by car and speed races.

Illegal car racing, acceleration contests, speed competitions, or tests of physical endurance, among others, had posed hardship in traffic navigation for road users in the FCT.