Eight years after the abduction of 276 Chibok schoolgirls by Boko Haram, and with more than 1,500 school children abducted by armed groups since the incident, affected regions have seen a decline in school enrollment and attendance, as well as a rise in child marriage and pregnancies of school-age girls, Amnesty International, has said. 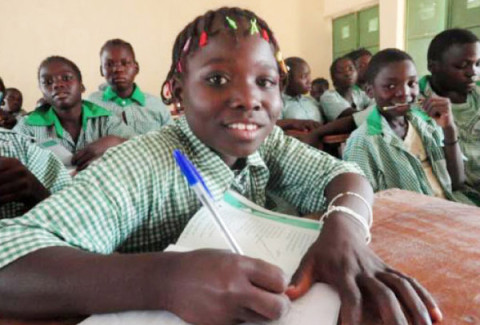 Amnesty International’s Nigeria Director, Osai Ojigho, in a report, released yesterday, said: “Nigeria is failing to protect vulnerable children. By refusing to respond to alerts of impending attacks on schools across the North of the country, the Nigerian authorities have failed to prevent the mass abductions of thousands of school children.

It also said that the increasingly brazen manner of recent abductions shows that the Nigerian authorities are failing to prevent these crimes from taking place and have not learned any lessons from the abduction of the schoolgirls eight years ago, as families of abducted children are left without any hope of reuniting with their loved ones.

According to the Amnesty Int’l, “In all cases, the Nigerian authorities have remained shockingly unwilling to investigate these attacks or to ensure that the perpetrators of these callous crimes face justice. Every fresh attack is followed by further abductions, which deprive school children of their right to liberty and leave victims’ families, with no hope of accessing justice, truth, or reparations.

The report noted that “The recent upsurge in abductions is also leading to prolonged shutdowns of schools. As a result, affected regions have seen a decline in school enrollment and attendance, as well as a rise in child marriage and pregnancies of school-age girls”.

It added that, “Of the more than 1,500 school children who have been abducted in Northern Nigeria since the Chibok attack on April 14, 2014, at least 120 students remain in captivity. They are mostly schoolgirls, and their fate remains unknown.

“Of the 276 schoolgirls abducted in Chibok by Boko Haram, 109 are still unaccounted for. Of 102 students who were kidnapped from the Federal Government College in Birnin Yauri, nine are still being held by their captors. One of the 121 students abducted from Bethel Baptist High School in Kaduna State remains in captivity.

“The Nigerian authorities must urgently comply with the African Charter on the Rights and Welfare of the Child, to which it is a State party. They must take concrete steps to prevent the abduction of children and ensure that those suspected of criminal responsibility face justice in fair trials and rescue the hundreds of children who remain in captivity”, Ojigho said, in the report.