The Nigerian government and the striking National Association of Resident Doctors, (NARD), may have moved closer to resolving the industrial dispute between them, after exploring the alternative dispute resolution suggested to them by the National Industrial Court. 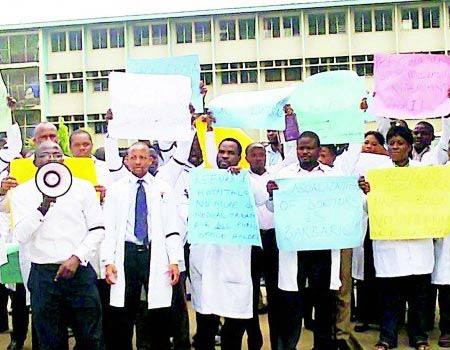 The Minister of Labour, Chris Ngige, was quoted to have said he resumed discussion with the striking doctors at the instance of President Buhari, suggesting that he was unable to initiate an amicable discussion on his own accord.

The truce was reportedly brokered with the intervention of the leadership of the Nigerian Medical Association, (NMA) led by Prof. Innocent Uja.

Sources revealed that the Federal Government agreed on Saturday to pay N4.8bn Residency Training Fund to NARD in the next seven days.

The government also agreed to clear the arrears of the consequential adjustment of the National Minimum Wage from April when the bill was signed by President Muhammadu Buhari to December 2019.

The government, through the Federal Ministry of Health, also said it has forwarded a list from 38 hospitals to the Budget Office for inclusion in the Service-wide vote.

The agreement may have laid the foundation for the peaceful resolution of the on-going strike by NARD, which commenced on August 1, 2021.