No fewer than 4,000 rural women in Niger have received N80 million under the Federal Government’s Special Cash Grant Project for rural women, a statement from the Ministry of Humanitarian Affairs, Disaster Management and Social Development has said.

The statement, issued yesterday in Abuja by the Special Assistant on Media to the Minister, Hajiya Sadiyya Umar Farouq, Mrs. Nneka Anibeze, said the beneficiaries were selected from the 25 local government areas of the State. 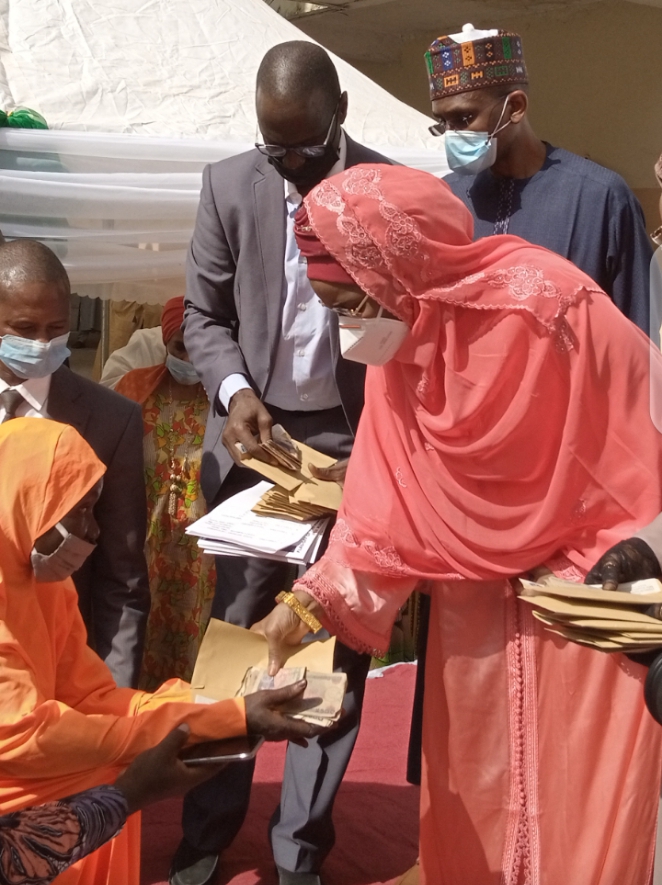 Farouq explained that the grant was part of the social protection programmes of President Muhammadu Buhari’s administration, aimed at uplifting the most vulnerable groups out of poverty.

The minister maintained that the Federal Government’s National Social Investment Programme (NSIP) is one of the biggest social protection programmes in Africa. According to her, this is impacting the lives of 43,611 poor and vulnerable households.

Responding, Gov. Abubakar Bello of Niger expressed delight at the disbursement of N80 million to 4,000 rural women in the State.

The governor, who was represented by the Secretary to the State Government, Ahmed Matane, said the grant came at a time when the people of the State have been impoverished by many socio-economic factors.

Bello noted that the grant would lift many women in the State out of abject poverty.