The Federal Government has processed $98m and N17.2bn as partial payments for the ongoing rehabilitation of the Port-Harcourt Refining Company, (PHRC), it was learnt, on Friday. 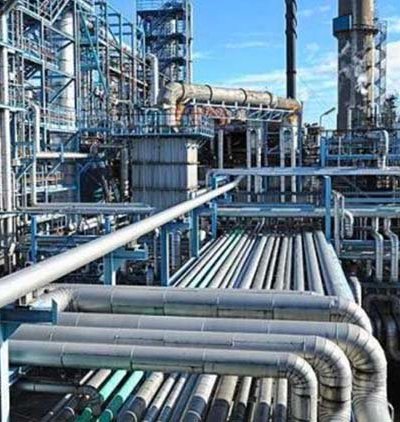 It was also gathered that the government had made an initial payment of $194m, being the 15 percent advance payment required for the rehabilitation of the facility, to Tecnimont SpA, of Italy.

A report obtained by newsmen from the Nigerian National Petroleum Company Ltd, (NNPC), on the financial status update of the rehabilitation said the project was financed by an equity contribution by the sponsor and loan by lenders (AfreximBank).

The report indicated that the Engineering, Procurement, Construction, Installation and Commissioning (EPCIC)
contract price remained at $1.397bn lump sum, with $162m as provisional sum, bringing the total project cost to $1.559bn, as approved by the Federal Executive Council, (FEC).

Recall that the FEC approved the contract for the EPCIC of the Port-Harcourt refinery on March 17, 2021, and work on the facility commenced last year.

It said the contractor was complying with the provisions of the Nigerian Content Development Act, adding that there was active participation of Nigerian companies as sub-contractors in the project.

The commencement of the rehabilitation of the Port Harcourt refinery in 2021 received commendations from industry players and observers, going by the work being done at the facility. It was learnt that Tecnimont had since mobilised to site with its sub-contractors, as 15% advanced payment was made to the contractor after the submission of advance payment guarantee.

The managers of the refinery said the rehabilitation was aimed at restoring the plant to a minimum of 90% nameplate capacity utilisation.

Recall that recently, the PHRC said it would supply 11 million litres of premium motor spirit, popularly called petrol, to the domestic market. This means the company is expected to produce about 3.96 billion litres of petrol annually.

The facilities have been dormant for several years, refining zero crude despite repeated turnaround maintenance exercises on them.

However, industry stakeholders are optimistic that the ongoing rehabilitation of PHRC would yield the desired result and enable the facility to pump out refined petroleum products domestically.