In what can be described as another landmark for the President Muhammadu Buhari-led administration, the Federal Government has taken the delivery of new trains that will help boost rail operations in Nigeria. 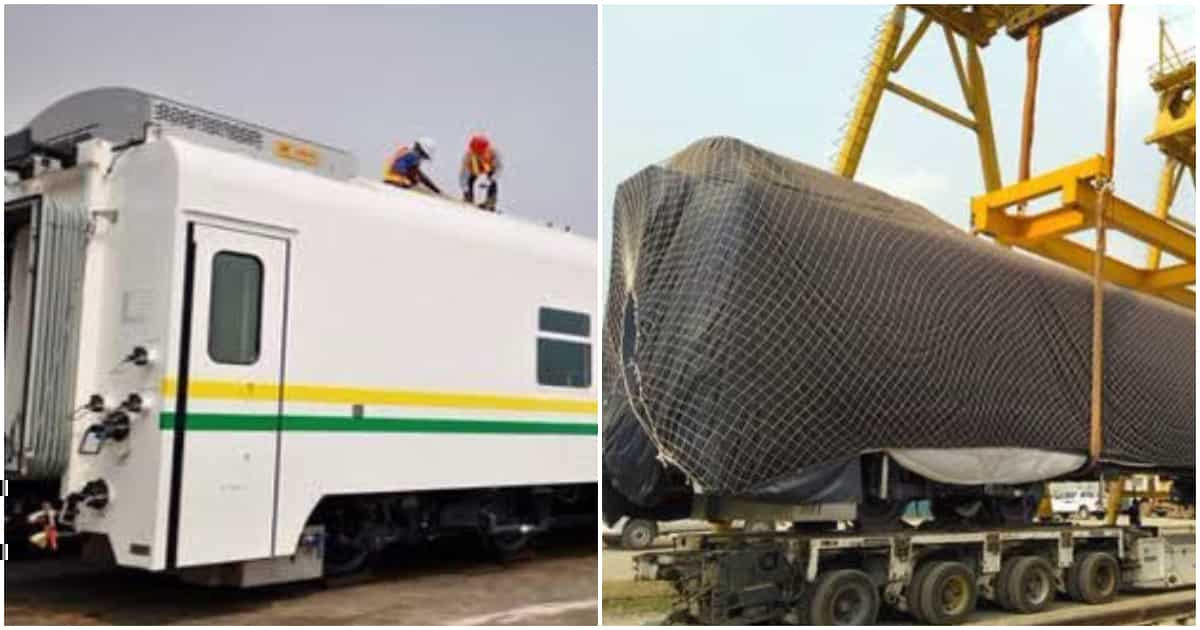 The Director of Corporate Culture, CCECC Nigeria Ltd, Vincent Liu, who made this known in a video shared via his Twitter account yesterday, said the first batch of the eight-six locomotives were conveyed through rail arrived in the country.

According to Liu, the trains will be used on standard gauge railways like the Abuja-Kaduna Rail Line, Itakpe-Warri Rail Line, and Lagos-Ibadan Rail Line.

The President’s Special Assistant on Digital and New Media, Tolu Ogunlesi, in a tweet, explained that more than 600-kms of standard-gauge rail lines have already been revamped and newly constructed under the current administration.

Meanwhile, presidential media aide, Lauretta Onochie, has drawn the attention of Nigerians to the evil works of some saboteurs of President Buhari’s administration.

In a video she shared via her Twitter page on Thursday, Onochie reported that some vandals have destroyed the recently constructed rail lines linking Abuja – Kaduna and Itakpe – Warri.

The media aide to the president, who noted that this was a heart-breaking development, claimed it was done by detractors of the Buhari-led government.