The Accountant-General of the Federation, Ahmed Idris,  yesterday said the £4.2m looted by the former governor of Delta State James Ibori has not been received. 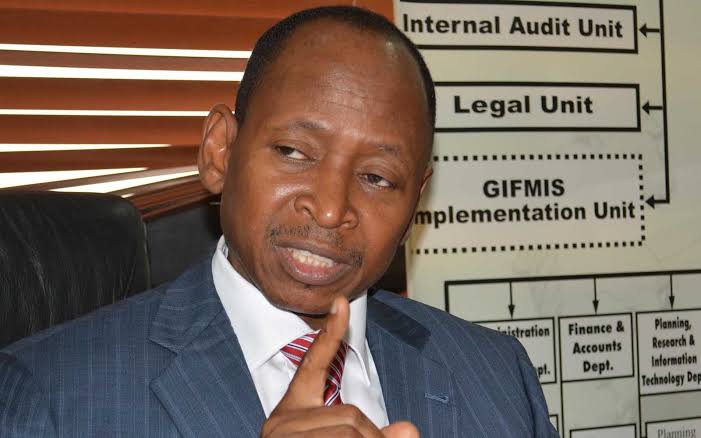 This revelation is coming against the background of  Idris’s comments to a committee of the House of Representatives on Tuesday, that the money had been returned to the accounts of the Delta State government.

This was clearly a contradiction to an earlier assertion by the Attorney-General of the Federation, (AGF) and Minister of Justice, Abubakar Malami, who said the money would be spent on some projects cutting across geo-political zones.

Now, the Office of the Accountant General of the Federation, (OAGF), yesterday denied receipt of the loot, saying the funds was yet to be returned to the country.

The clarification was contained in a statement issued by the OAGF’s Director of Information, Press and public relations, Henshaw Ogubike.

According to Ogubike, “The issue of the £4.2m Ibori Loot has not been properly resolved. The money is still being awaited, after which the issues around it will be resolved before further action is taken. For now, no money has been returned to Delta State.

“This explanation is without prejudice to the proceedings at the public hearing that took place yesterday during which the AGF was only making general comments about recoveries relating to State governments”.

“This is the true position as regards the £4.2m Ibori Loot,” the statement further stressed.