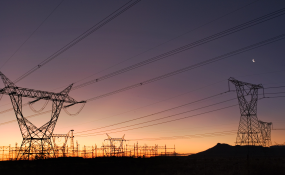 While speaking at the World Bank Development Update, the penultimate week, the Minister of Finance, Budget and National Planning, the minister specifically mentioned that the stipend would be given to about 30 to 40 million poor Nigerians.

Recall that as a part of the several electricity intervention efforts of the Federal Government, the sum of N701 billion was approved as a power guarantee fund for the Nigerian Bulk Electricity Trader, (NBET).

The move was directed at paying for the electricity produced by the generation companies (GenCos) to the national grid for the period of two years.

The Fund was set up to help the GenCos deal with monthly liquidity issues caused by distribution companies, (DisCos), failing to pay their monthly power invoices.

The minister recommended that the FG raise funds through the sale of make-up gas to address the financial challenges in the sector.

In a letter, which has since gone public, the minister stated that the power sector requires the sum of N85 billion per month to pay for gas, generation, transmission and distribution operations.

The minister expressed her disappointment, saying that the N701 billion and N600 billion payment assurance facilities (PAFs) secured from the CBN between 2017 and 2019, which were intended to address some of the FG contingent liabilities within the sector, had failed to produce any “significant result.”

According to her “Shortfalls caused by the large difference between allowed tariffs and what is required for cost recovery, cost the FGN a total sum of N1.249 billion between 2017 to 2019.”

“These resources are more needed for human capital development and infrastructural investment. The above includes some projects like the World Bank loan (up to $3 billion) for tariff shortfall and the euro 2.6 billion for the presidential power initiative is considered to support Nigerian Electricity Supply Industries (NESI)”, she concluded.

The minister also revealed that Nigeria spent $137 million in two years on gas and electricity that were never used as part of a “take or pay contract” with some power industry companies.