The Chairman, Senate Committee on Army and member of the Committee on Establishment, Ali Ndume, yesterday threatened to leave the country if the Executive refused to put things in order. 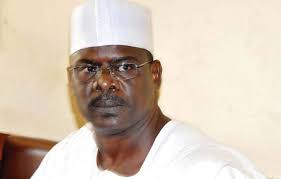 He said this when the Chairman of National Salaries , Income and Wages Commission, (NSIWC), Ekpo Nta, appeared before the Committee to defend the increase in the recurrent expenditure component of the Commission’s 2022 budget.

Senator Ndume lamented the rising recurrent expenditure in the annual national budget of the Federal Government as well as the huge amount being paid as personnel and overhead costs despite the embargo placed on employment by the Buhari-led administration.

He threatened to leave the country if the relevant authorities refused to put necessary arrangements in place to arrest what he called, ‘the ticking time bomb’.

The Senator also accused the Federal Government of mismanaging the economy and refusing to address the country’s unemployment crises.

Senator Ndume frowned at the failure of the National Salaries, Income and Wages Commission, (NSIWC), to tell the Upper Chamber of the National Assembly the total amount of salaries and wages the Federal Government pays its workforce yearly.

Picking holes in the presentation made by the NSIWC Chairman, Ndume condemned the yearly increases on recurrent expenditures of Ministries, Commissions and Agencies of government despite an existing embargo on recruitments.

According to him, “Since 2018 till now, recurrent expenditure components of yearly budget have been increasing”.

“It is bad for recurrent expenditure to be increasing on yearly basis without an increase in the number of workforce through required recruitments. The embargo is turning to a time bomb that can explode at anytime, as witnessed in some countries in recent past”, the lawmaker stressed.

In his remarks, the Chairman of the Committee, Ibrahim Shekarau, directed the Head of the Salaries and Wages Commission to liaise with the Accountant-General of the Federation and other management officials of IPPIS for a required harmonisation in arriving at a total amount of salaries/wages the Federal Government pays per annum.