The Nigerian Meteorological Agency (NiMet), in its latest weather forecast, has predicted four days of heavy rainfall in five northern states, as well as the Federal Capital Territory (FCT). 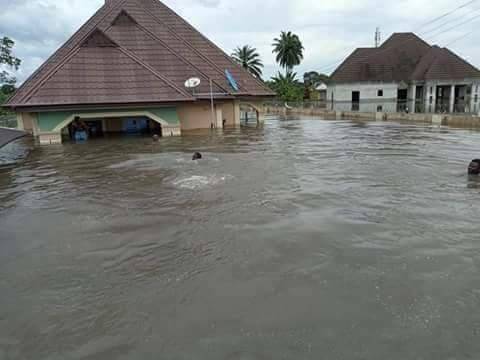 NiMet, in its latest weather report, disclosed that the States to be affected by the downpour include parts of Kaduna, Niger, Bauchi, Plateau, Nasarawa, and the FCT.

According to the report, “As a result of the heavy rains expected over parts of central cities and the moderate rainfall expected over the south-eastern part of the country for two consecutive days, there are chances of flash floods on roads, low-lying settlements and river channels.

“Also, moderate and heavy rainfall events are expected to be accompanied by strong winds especially over the northern and central States during the forecast period. Hence, the public is advised to avoid low-lying terrains, not to drive through running water, clear waterways of debris, avoid standing under trees and unsecured structures during the rain, and switch off electrical appliances before the rains

“Low to moderate rainfall is expected in parts of the country within the period under review, while little or no rains are expected in very few States”, it added.