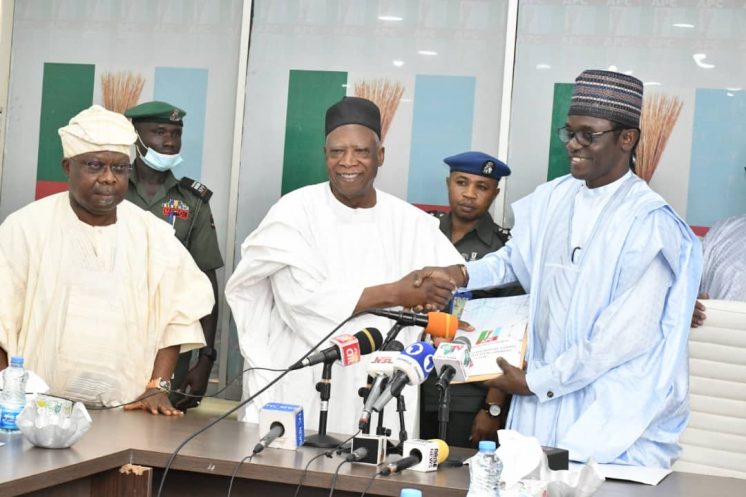 Buni, governor of Yobe State, was on the saddle for about 21 months until last Saturday.

The brief ceremony, which took place at the National Working Committee (NWC) Hall at the National Secretariat of the party in Abuja, was witnessed by all the newly elected executive members and Nasarawa State Governor, Abdullahi Sule.

Senator Adamu was governor of Nasarawa State from 1999 to 2007 on the platform of the Peoples Democratic Party (PDP).

The Adamu-led NWC was elected on Saturday at the party’s National Convention in Abuja.