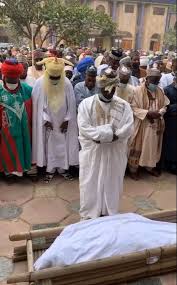 According to a family source, who confirmed the death, the renowned politician passed on in the early hours of Monday, at Aminu Kano Teaching Hospital, in Kano, after a brief illness.

Tofa died 29 years after contesting and losing a presidential election against the Late Chief Moshood Abiola, an election that was botched by the Ibrahim Babangida administration.

The death of the elder statesman and chieftain of the ruling All Progressives Congress, (APC), early went viral on social media last Friday but was later put to rest by the family source who confirmed that the business tycoon was only critically sick then.

Tofa’s death came a few days after the ancient city of Kano lost one of its illustrious and foremost medical doctors in Northern Nigeria, Dr. Ahmad Datti.