Four Tunisian soldiers were killed in a mine explosion on the heights of Mount M’ghila, in a closed military zone where insurgents, belonging to the Jound al Khilafa brigade, a branch of Al Qaeda in the Islamic Maghreb (AQIM), are camped.

A source close to the Ministry of National Defense said that the explosion occurred when a vehicle carrying soldiers was conducting a search on the mountains with rugged terrain. It is located between the governorates of Sidi Bouzid and Kasserine, near the border with Algeria.

The authorities had previously announced that the Tunisian forces had eliminated several elements of the Jound Al Khilafa brigade, including leaders of this organization.

Constantly hunted down, the latter, whose number is estimated at dozens, from time to time fall back on the inhabitants living at the bottom of the mountain to look for food.

In February 2019, they beheaded a shepherd they suspected was an informant who reported their movements to authorities.

In a statement, the Tunisian Prime Minister, Hichem Mechichi, sent his condolences to the grieving families, assuring them of government support.

According to him, “this operation will not affect the determination to continue with efforts to combat and defeat terrorism.” 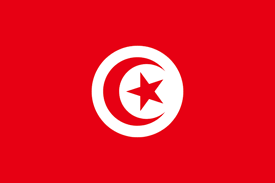