A group in Benue State under the aegis of MINDA (Masev, Ihyarev, Nongov Development Association), Strategic Contact Group (MSCG), has lamented that the state governor Samuel Ortom was being villified for being the propounder of the theory of the Fulani “revival of the1804 Sokoto Jihad” as well as the “Islamisation and Fulanisation” of Nigeria. 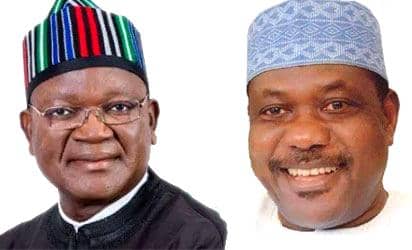 The group however argued that the State governor, Samuel Ortom, did not propound the theories, but rather, he has always been an advocate of actions to be taken to address the farmers/herders conflict.

MSCG, a self-acclaimed non-political and socio-cultural group of MINDA sons and daughters, explained that what gave rise to the theories was when the conflict became fully developed and the expansionary agenda of the Fulani was no longer in doubt.

The spokesperson for the group, Dr. Tivlumun Nyitse, who disclosed this yesterday, at a press conference in Makurdi, the State capital, condemned the stifling of the freedom of the Benue people, through economic determinism, which he said is out of tune with modern times.

The group, which was reacting to the recent press conference by the Minister for Special Duties and Inter-Governmental Affairs, George Akume, said “Theorising is a scientific terminology that opens the window in search of appropriate methodology for problem-solving. But for clarity, Governor Ortom did not propound the aforementioned theories; he is only a proponent of the models.

The further observed that, “Senator Akume seems more convinced that fostering cordiality between Benue and Fulani meant conceding all Benue land to the nomads, or Benue farmers giving themselves up for murder in cold blood”.

“The Senator’s postulation that The Fulani had lived peacefully with the Tiv is out of tune with reality. The Fulani that Tiv people purportedly lived with over the years were presumably peaceful and friendly, which is in sharp contrast to the present Fulani who have promoted open hostility and animosity through the use of lethal weapons such as AK-47, which they use to kill innocent Benue farmers”, it further stated.