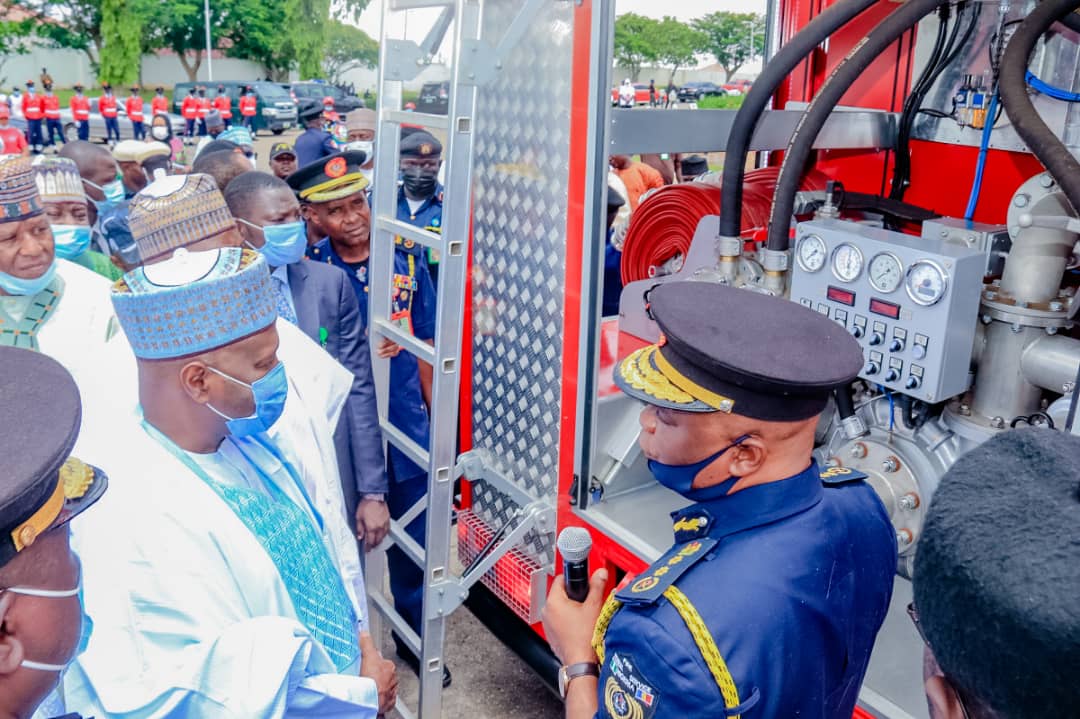 Governor Inuwa Yahaya stated this when he granted audience to top brass of the Federal Fire Service, led by the Controller General, Dr. Liman A. Ibrahim.

The Governor said the provision of the fire fighting truck and other support services is worthy of commendation.

He assured the Controller-General of the Federal Fire Service of his administration’s commitment towards meeting the request tabled by the service, which include provision of support vehicles, office to be eventually sited at the Gombe Line terminus when the line finally moves to the Gombe mega park.

“Very soon the Gombe Line will move to the Gombe mega park that is being constructed along Dukku road and where they are operating now is in the heart of Gombe so we shall locate your service there for smooth operations”.

He said upon coming to office, his administration made concerted efforts in resuscitating some broken vehicles in the fleet of the State’s Fire Service, assuring the CG that the Government under his leadership will still do more to reposition the service in the State. 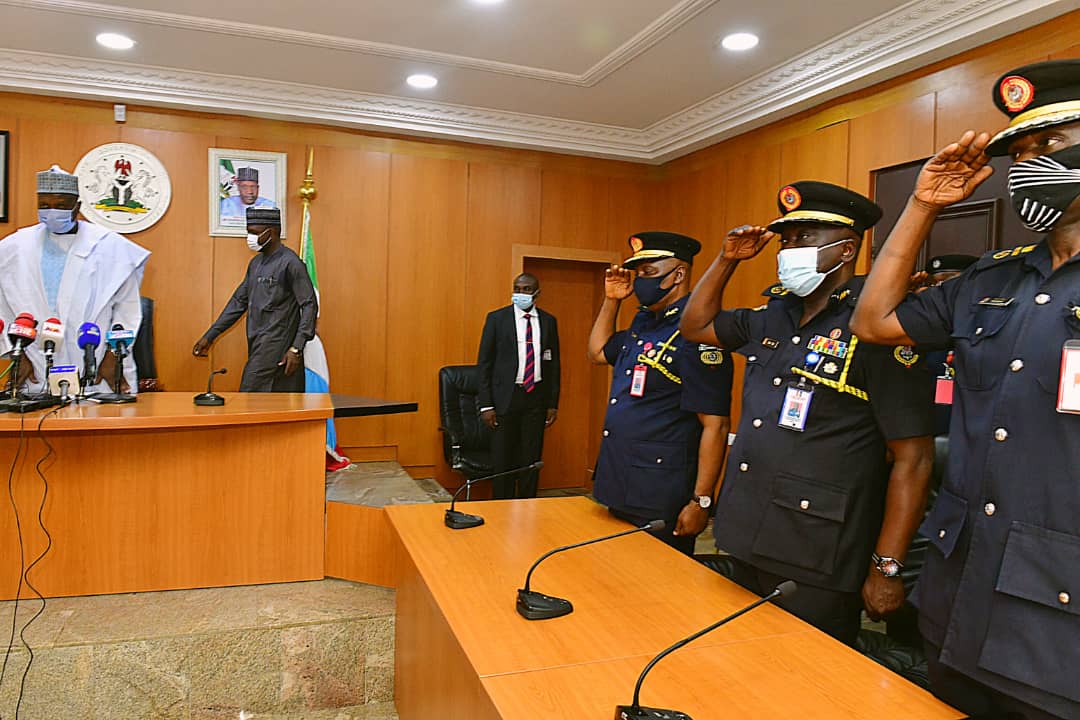 Governor Inuwa Yahaya noted that a lot of lives and property get consumed each time there is a fire outbreak which usually occurs through natural or human ways, saying his administration will continue to work in synergy with the Federal Fire Service to take any eventuality head on.

The Governor used the occasion to pay glowing tribute to the Federal Fire Service, the Minister of Interior, Ra’uf Aregbesola and some prominent sons of Gombe for facilitating the deployment of the fire fighting truck to the State. 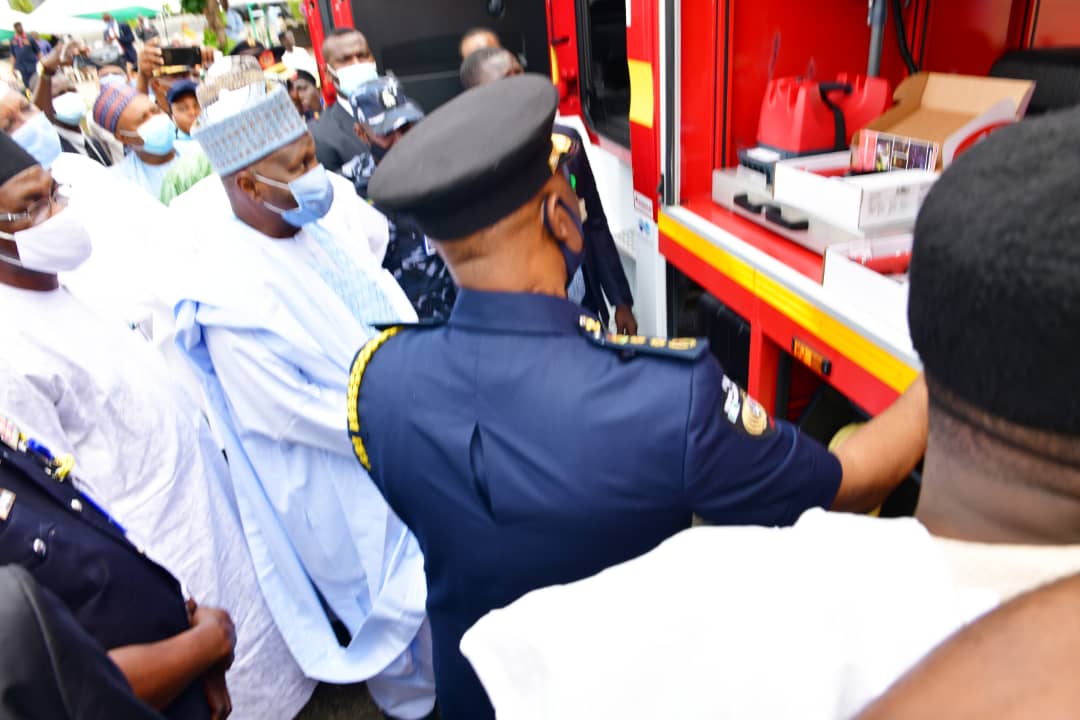 Earlier speaking, the Controller-General of the Federal Fire Service, Dr. Liman A. Ibrahim, said the deployment of the multi- million naira fire fighting truck to Gombe is to compliment the state’s fire service in disaster management.

He explained that fire fighting is a responsibility of all and the need for a robust collaboration between the Federal and the state governments cannot be over-emphasized.

Dr. Liman Ibrahim said for the fire fighting truck to function optimally there is the need for constant fuelling and maintainance, appealing to the Gombe State Government to assist in that regard.

He equally appealed to Governor Muhammadu Inuwa Yahaya to assist the service with supporting vehicles and an office accommodation so that it can carry out its functions more effectively.

The Comptroller-General of the Federal Fire Service used the visit to pay glowing tribute to the administration of Governor Muhammadu Inuwa Yahaya for redefining the concept of democracy through the provision of infrastructural development across the nooks and crannies of the State. 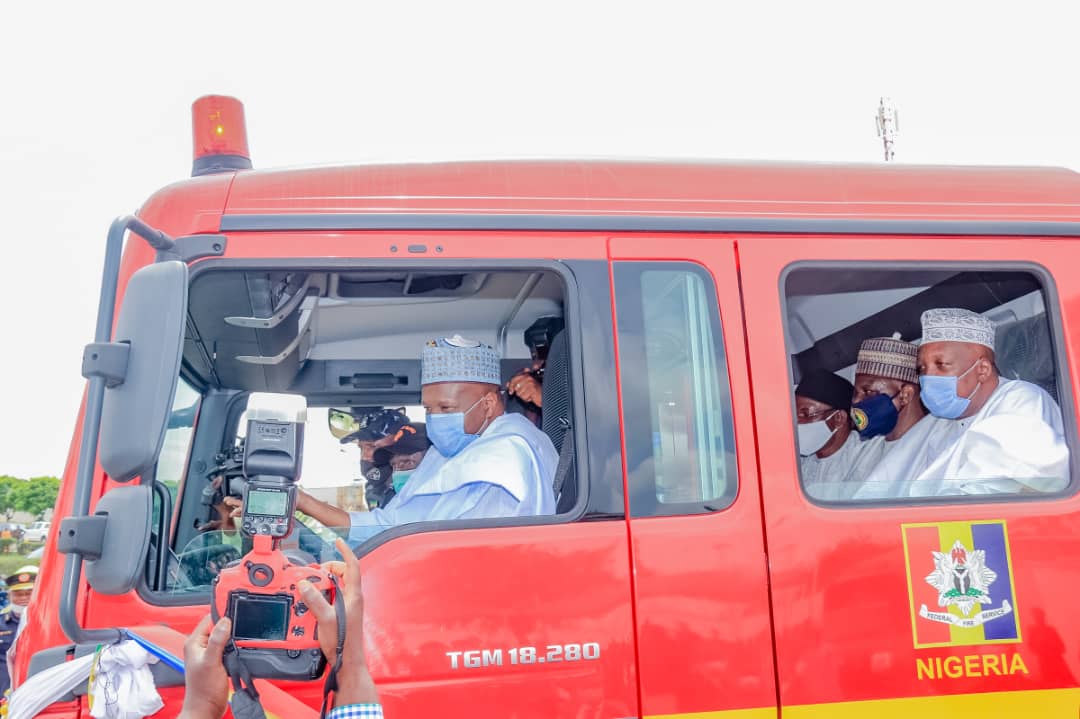 Governor Muhammadu Inuwa Yahaya, in company of the Controller-General and other top Government functionaries thereafter Commissioned the multi-million naira state of-the-art fire fighting truck at the premises of the Government House.