Earlier today, Governor Muhammadu Inuwa Yahaya visited the Minister of Finance, Budget and National Planning at her office in Abuja. 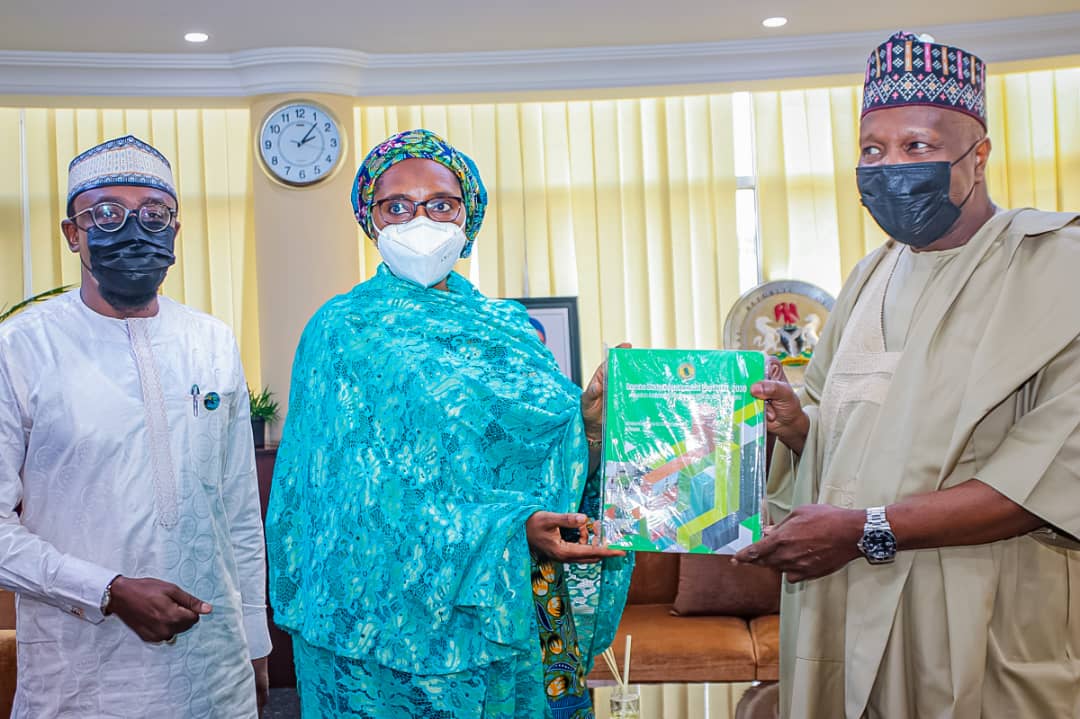 The Governor was accompanied by the Gombe State Commissioner of Finance and Economic Development, Muhammad Gambo Magaji.

Apart from discussing matters of national interest, Governor Inuwa used the opportunity to present to the Minister, copies of the Gombe State 10-year Development Plan, which is a document that encapsulates an ambitious plan, loaded in socio-economic aspirations and broad in clear objectives of the APC-led administration in Gombe State.

The 10-year development, also known as Development Agenda for Gombe State (DEVAGOM), is a fitting answer to the remodeling of the state’s pathway towards a realistic and consistent socio-economic development paradigm, properly articulated as a long-term visioning and planning that draws on the findings of the 2019 Needs Assessment Report commissioned by Governor Yahaya immediately he was declared governor-elect.

Governor Yahaya expressed his hope that the Hon. Minister of Finance will find the document interesting as it mirrors the essentials of the United Nations Sustainable Development Goals, (SDGs), in the basic categories as an index of development, which incidentally also has the same year (2030) as the expiration date for relevant assessment and reflections on the inherent aspirations and deliverables.

As stated in the foreword to the document by Governor Inuwa Yahaya, “The Gombe State Development Plan, with a vision of growth, development, peace and prosperity for all, maps out the way forward for Gombe State and its people to realize their full potentials”.