The Nigerian Civil Aviation Authority, (NCAA), has issued a weather advisory circular to all pilots and airlines, mandating them to ensure the use of Nigerian Meteorological Agency (NiMet) seasonal climate prediction to ensure the safety of operations due to the dust haze. 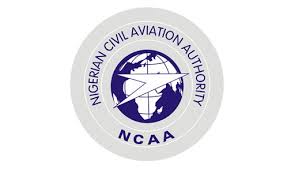 This is just as the regulatory agency has given some instances where air traffic control may be forced to close the airspace due to inclement weather conditions.

The NCAA, in a directive titled: ‘Aviation weather in dry season’, which was signed by the Director-General of the agency, Captain Musa Nuhu, said pilots should expect moderate to severe dust haze, early morning fog along coastal areas, which in some instances reduces horizontal visibility to less than 200 metres.

The circular also said air-to-ground visibility would be affected and that aerodrome visibility may fall below prescribed operating minimal standard, all due to dust haze or fog.

The NCAA further said all these may lead to delays, diversions and/or cancellations where terminal visibility falls below the prescribed aerodrome minima.

Captain Nuhu further stated that Air Traffic Control may close the airspace when any of the three: air-to-ground visibility, visual navigation impairment and runway markers shrouding due to dust haze, is observed or forecast by NiMet.

The agency mandated airline operators to ensure that necessary measures are put in place to cushion the effect of inclement weather and reduce delays and cancellations on their passengers.