The Nigerian military chiefs have ruled out the option of mercenaries in the fight against insurgency in the North-East geo-political zone. 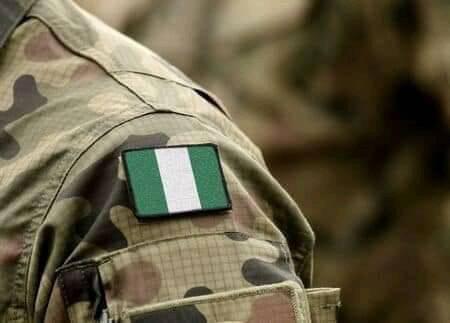 The military’s top hierarchy said that the clarification had become necessary following the recent outcry by Governor Babagana Zulum, of Borno State, calling on the Federal Government to consider the option of hiring mercenaries to assist the military in putting to rout the Islamist sect, Boko Haram and the advancing Islamic West Africa Province, (ISWAP).

Recall that Zulum had made the appeal when a Federal Government delegation visited Borno to commiserate with the State over the recent killing of about 45 farmers.

The clarification was made at an interactive session between the Service Chiefs and editors of national newspapers, tagged: ‘Open Ears Dialogue.’

Dismissing the call for mercenaries, Chief of Army Staff, Lt-General Farouk Yahaya, said he appreciated the pain of Governor Zulum and his desire to see that the hostilities in his State are brought to an abrupt end, he, however, said the hiring of mercenaries was not being considered and that the Nigerian military has all it takes to prosecute to a logical conclusion the low-grade war and has been doing it conscientiously.

On the fears being expressed as the 2023 general election approaches, that the military would allegedly, as usual, do the bidding of politicians to truncate the people’s mandate, alluding to the series of coups being witnessed in some continues on the Africa continent, the Chief of Defence Staff, General Lucky Irabor, said that the military currently in place in Nigeria did not have the mindset of truncating the people’s mandate or democracy.

He pledged that the Nigeria Armed Forces would continue to educate its personnel that coups do “more harm than good”.

As to what use the Supper Tucano aircraft that were brought into the country last year, may have been put by the military and why it seemed there have been no changes even though the military had claimed planes were going to be a game-changer, the Chief of Air Staff, Air-Marshal Oladapo Amao, disclosed that the 12 of the aircraft that had been taken delivery of had since been put to useful use.

They also dismissed the insinuation that there was a lack of synergy among the security agencies and the intelligence agencies, saying, “Almost every week we are in tandem with other agencies and relevant stakeholders”.

Commending State governors who have taken it upon themselves to liaise with the military to fight the existential evil in their domain, the Chief of Naval Staff, Vice-Admiral A.Z Gambo, said that what Governor Nyesom Wike did in Rivers State by, declaring war against illegal refineries in the State, was most commendable.

Gambo noted that the military responded to Wike’s call and ensure that criminals do not make nonsense of the economy and of the State.

He, therefore, urged other State governors to develop the same political will to speak out against criminality in their domain. He said it was not only Boko Haram or bandits that the military is up in arms against, but also against all categories of economic saboteurs.

The Chief of Defence Staff, General Lucky Irabor, strongly emphasised that “Our responsibility to secure lives and property of everyone in Nigeria remains sacrosanct. We are working in partnership with the police and other agencies. Our commitment in this circumstance is not shakable”.