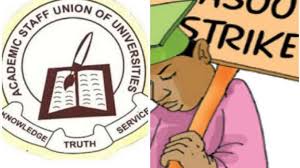 ASUP, in an issued statement signed by the National Publicity Secretary, Abdullahi Yalwa, said members at the 16th National Delegates Conference, (NDC), resolved that if the union resumes its suspended strike, the government should be held responsible.

Yalwa said the NDC, which was held at Asaba, Delta State, reviewed the progress made by the union in its engagements with owners of public Polytechnics and Monotechnics in the country and the state of the nation with emphasis on the economy and security.

He said the union frowned at the government’s failure to fulfill its own end of the agreement leading to the April 2021 Memorandum of Understanding (MoA) signed to end the ASUP strike.

According to him, the NDC renewed demands for the immediate release of the approved N15billion revitalization fund and ten months arrears of minimum wage owed lecturers in Federal Polytechnics.

The image-maker said the union called for the conclusion of the renegotiation of the 2010 agreement, adding: “the NDC resolved that should the union resume its suspended strike, the government should be held responsible”.

Yalwa disclosed that the NDC condemned the breach of the 2019 Polytechnic Act in many Federal Polytechnics and also the failure of state governments to domesticate the Act.

The publicity scribe said the union decried the non-payment of salaries in some states like Abia, Ogun and Osun by the respective state governments. It also expressed its worry over the non-remittance of deducted union check-off dues in states like Imo, Rivers, Abia, Plateau, Zamfara, Niger and Kebbi States.