The Speaker of the House of Representatives, Femi Gbajabiamila, has confirmed that an electronic voting (e-voting) system will be used during the upcoming voting on legislative Bills to further amend the 1999 Constitution. 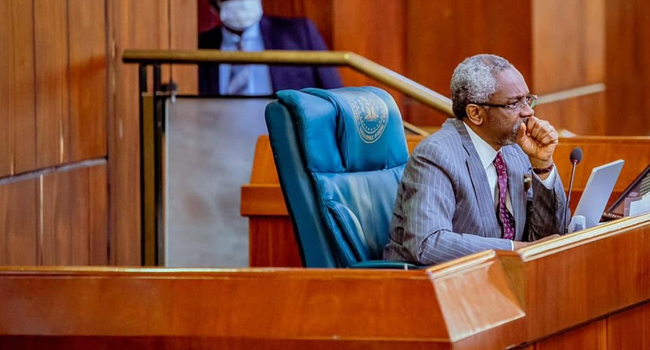 This is against the usual ‘ayes’ or ‘nays’ voice voting during regular House sittings.

However, Gbajabiamila explained that the voting pattern was changed due to the serious nature of the Constitution amendment.

Gbajabiamila spoke at the plenary of the House on Wednesday in Abuja, as he asked members to test-run the electronic voting device in the chamber.

He explained that the move was in preparation for the voting on the constitution amendment bills soon to be done by the House.

According to the Speaker, “Every vote must count; because it is a serious business. Our constituents must know how we voted on issues, and this will have to be open to the public”.

By the provisions of Section 9 of the 1999 Constitution (as amended), ‘a Bill seeking to amend the Constitution must secure the vote of two-thirds (240) of the 360 members of the House to pass’.

This underscores the Speaker’s decision to prepare the members ahead of the exercise by test-running the electronic voting device on Wednesday.

The test-running was largely successful except for a few members, who complained that their devices didn’t boot properly. In response, the Speaker advised the affected members to send their names to the Clerk of the House for immediate remedy.

Voting on several Motions was on Wednesday also done electronically to certify the system as okay for the Constitution amendment voting, which is due in a few days’ time.