The Human Rights Writers Association of Nigeria (HURIWA), on Saturday, urged the Inspector-General of Police, (IGP), Usman Alkali Baba, to dismantle roadblocks mounted by Police personnel in the South-East region. 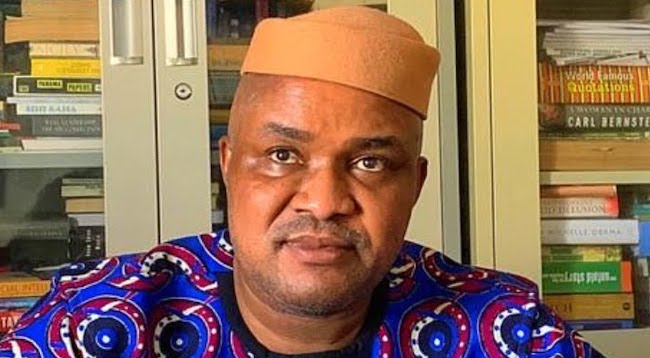 HURIWA, which made the call in an issued statement signed by its National Coordinator, Emmanuel Onwubiko, decried the increasing cases of accidents in the region as a result of the roadblocks.

The statement read in part: “HURIWA is pained that security agents who ought to be the first law enforcement officers are flagrantly disobeying the judgment of a law court declaring the illegality of roadblocks in the South-East.

“It is even more lamentable that extortions go on at these roadblocks by police officers and the IGP has turned a blind eye to the menace. Without any iota of doubt, the Police have not learned any lessons from the nationwide #EndSARS protests against police brutality and extrajudicial killings in October 2020.

“The Nigeria Police Force and the Police Service Commission must begin instant reforms to reposition the Force for better policing.

“Also, HURIWA call for the investigation of illegal police killings of civilians and for the constitutional independence of the PSC to be maintained if we ever hope to build a professional policing institution in Nigeria that would operate by the principle of rule of law and adherence to fundamental human rights provisions of the Constitution.

“There must also be severe sanctions for corrupt officers who, whilst coercing drivers to purloin them of money, lead them to their early graves. The IGP should wake up from his daylight slumber and disband these good-for-nothing roadblocks and call his men to order.”