The suspended managing director of the Nigerian Ports Authority (NPA), Hadiza Bala Usman, has stated that the agency under her leadership did not exempt Dangote Group from paying statutory charges at the Onne Ports, in Rivers State. 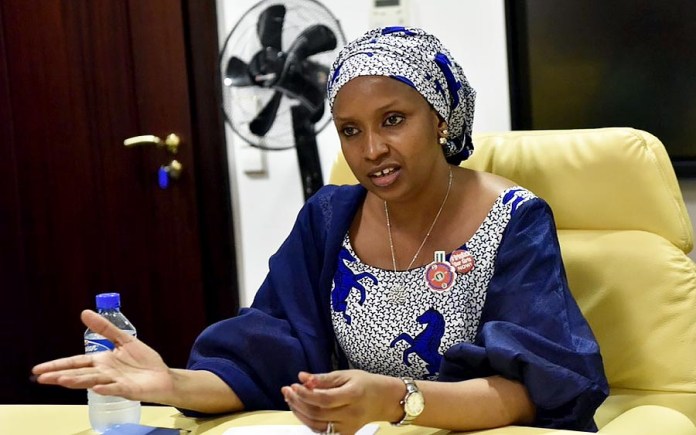 This was contained in a statement released on Wednesday by Bala-Usman, where she described the allegations of flouting NPA rules as false and mischievous.

Recall that the administrative panel set up by the minister of transportation, Rotimi Amaechi, to probe Usman will now focus on “insubordination” and not solely a case of non-remittance of N165 billion to the Consolidated Revenue Fund (CFR) account.

Bala Usman said all decisions on Onne Ports under her management were in line with global practices in the maritime industry.

She said, a letter dated February 5, 2019, communicating the NPA’s decision on the subject to the management of Intels Nigeria Limited states in the last paragraph that, “Hence, the Authority, therefore, directs that all cargoes of Messers Dangote Industries Ltd and indeed all importers being directed to Onne Ports for customs clearance.

She added: “Specifically for these projects, and are multi-purpose in nature to be treated by applying the same operational rates used by other multi-purpose terminals. This paragraph is explicit about the fact that all multi-purpose cargoes diverted to Onne were expected to benefit from this directive.”

Bala Usman said until 2018 when the authority wrote after the federal government approved the de-categorisation of Onne Ports as the solely designated oil and gas terminal in Nigeria, only oil and gas cargoes called at the ports, contrary to global practices in the maritime industry.

“For reasons, which included national security, ease of doing business as well as the need for Nigeria to embrace international best practices, this oil and gas monopoly was removed in 2018, with the effect that all categories of cargoes could call at the Onne Ports. This means that importers could choose and have their cargoes delivered at any of our port locations regardless of what their consignments were.

“With that decision, it followed that tariffs must be reviewed to reflect the specific category of cargo being imported as opposed to the rates that existed when the Onne Ports received only oil and gas cargoes.

“This reality got more urgent when the congestion at the two ports in Lagos became worsened by uncleared cargoes meant for construction at the Petrochemicals Refining Gas and Fertilizer project of the Dangote Groups at the Lekki Free-Trade Zone”.

He further said, “At a point, the company wrote to inform the Authority that it was expecting 60,000 containers and one million metric tonnes Break Bulk cargo. If these were allowed to proceed to Lagos, it would have turned into an emergency.

“To avert this situation and give the ports in Lagos some respite, the Authority advised Dangote and other importers to utilise the Onne Ports, which has then been decategorised from being an exclusive oil and gas facility”.