The Alake of Egbaland, in Ogun State, Oba Adedotun Aremu Gbadebo, has called on proponents of secession to shelve the idea, saying if Nigeria fails as a country, the entire black race has failed.

Gbadebo spoke when he played host to the National President of the National Road Transport Employers Association of Nigeria, (RTEAN), Alh. Musa Muhammed Maitakobi, and other members of the association at his palace in Ake, Abeokuta, Ogun State. 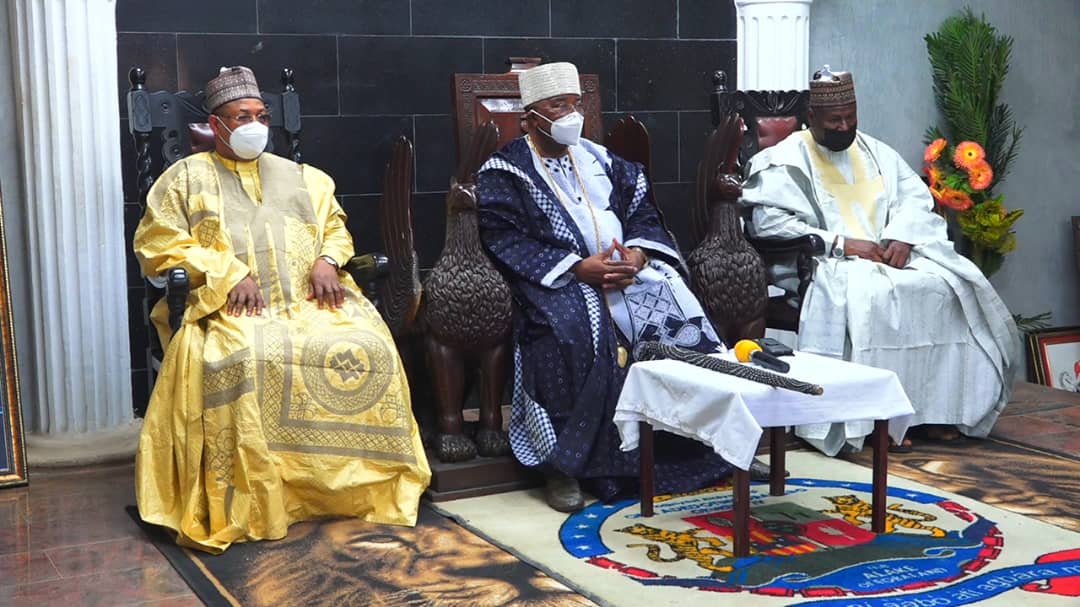 The visit was part of activities marking the one year anniversary of Akibu as the State chairman of RTEAN in Ogun, Alh. Titilayo Akibu (Efele). Maitakobi had earlier commissioned a multi-million naira mosque, built in the premises of RTEAN secretariat in Abeokuta.

The first-class monarch said those beating the drums of war in the country are not only calling for chaos in Nigeria but in Africa at large.

The monarch said, Nigerians, irrespective of their tribe, political or religious afflictions must work together for the greater good of the country, insisting that Nigeria is better as one united nation than breaking up.

The Alake’s advice is coming on the heels of the declaration of Yoruba nation and South-West secession from Nigeria by Sunday Adeyemo, otherwise called Sunday Igboho. A former militant leader, Asari Dokubo, had also declared a new Biafran government, citing marginalisation.

The Alake further said Nigeria cannot afford to go through another civil war, stressing that no country in the world will be willing to take over 250 million Nigerians as refugees.

Earlier in his address, Maitakobi said, the association has concluded plans to inject new buses into the nation’s road transport sector, to aid easy movement of passengers from one point to another.

Maitakobi installed the Oba as the grand patron of the association in recognition of the monarch’s support for RTEAN.