Nigerians should grow what they eat, according to President Muhammadu Buhari, or they would go hungry. 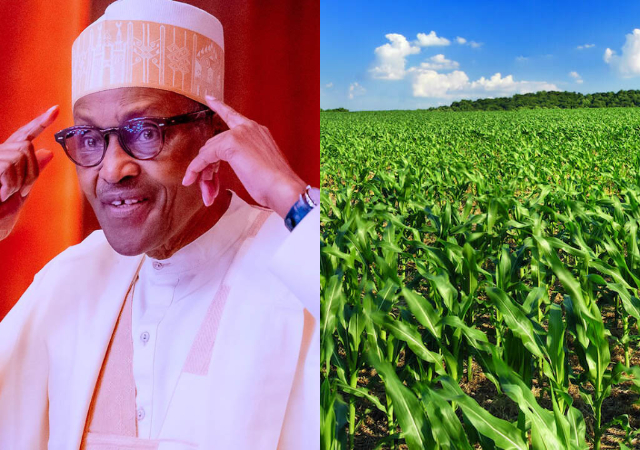 Buhari, who gave his advice in an interview with a Hausa television programme, claimed that Nigerians have no cause to lament their lack of food. He clarified that it was because of his work that the importation of rice was prohibited.

The president claimed that despite the floods that had impacted farming villages, Nigeria can still feed itself. According to Buhari, the Government’s move to forbid the importing of rice prompted rice planting.

He said: “I took that decision to stop rice importation and said we should farm what we eat or die of hunger. I said that since we have farmland and God has blessed us with rain, what reason does a Nigerian have to say he’s hungry?

“If you are hungry, go to the farm. I’m aware that floods have ravaged some farmlands this season but we are still selling rice made in Nigeria, and we can feed ourselves”.