The remaining 23 victims of the ill-fated Abuja-Kaduna train kidnapped on 28 March, 2022 have been rescued.

The victims were today Wednesday by a Committee set up by the Chief of Defence Staff, General Lucky Irabor.

A Statement by the secretary of the Committee, Professor Usman Yusuf said the 7-man committee assembled by the Chief of Defence Staff secured the release of the 23 victims held hostage by Boko Haram terrorist and took them to custody.

Yusuf Said the nation owes a debt of gratitude to the Nigerian military led by the Chief of Defense Staff, other security agents and the federal ministry of transportation for the success of the operation that led to the rescue of the victims.

It would be recalled that on 28 March, 2022 terrorist said to be of the Boko Haram attacked the Abuja-Kaduna train, killing a score, injured many and kidnapped several others. Many were released by the terrorists following negotiation brokered by Tukur Mamu and payment of ransoms, which has led to the arrest and prosecution of the Desert Herald publisher. 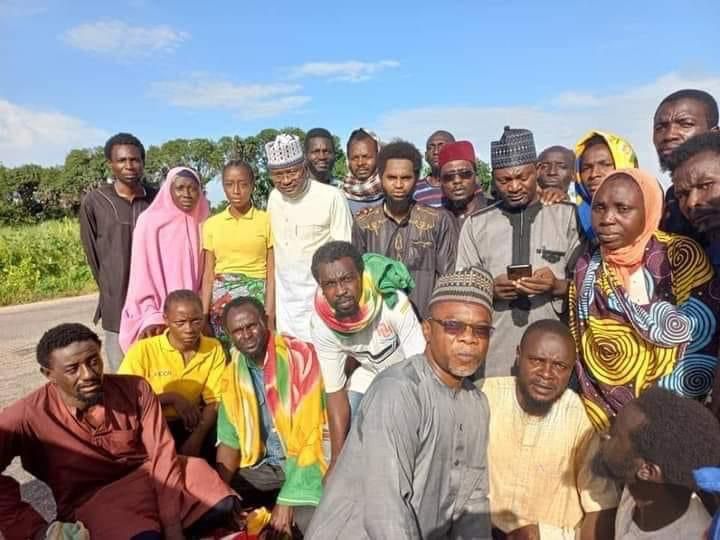