President Muhammadu Buhari has directed Nigeria Immigration Service, (NIS), to improve surveillance and control around the nation’s borders, in order to checkmate the rising insecurity in the country. 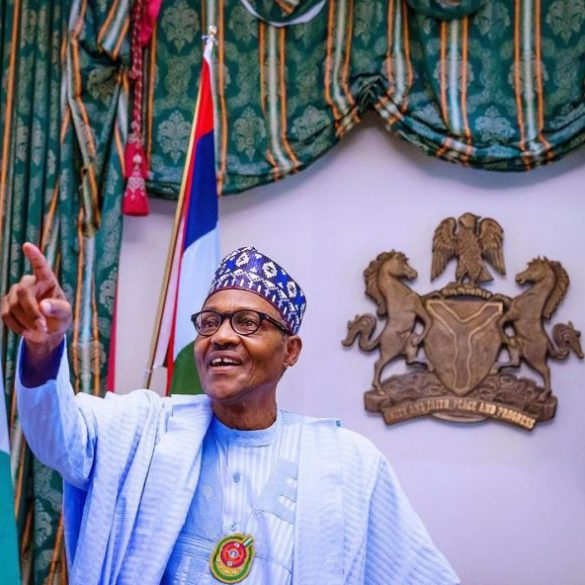 A statement issued by the Special Adviser to the President on Media & Publicity, Femi Adesina, said Buhari gave the order in a speech at the virtual commissioning ceremony of the NIS Technology Building in Abuja.

According to him, all security agencies must raise their performance in protecting lives and property, with a mandate that the country’s Global Security Index must be improved.

The president urged the NIS to collaborate with international security organisations like INTERPOL in safeguarding the borders and commended the Minister of Interior, Ra’uf Aregbesola, for consistently pushing for the completion of the Technology Building, which will serve as the Command and Control Centre of the NIS, as well as the repository of personal data of Nigerians and expatriates resident in Nigeria.

Buhari also congratulated all officers and men of the NIS for their dedication and work towards changing into a world-class migration management agency.

In his remarks, Aregbesola was quoted as assuring all that the security challenges facing the country are temporal and surmountable, pointing out that the “weakest link” had been the land borders and the Technology Building will play a pivotal role in control of illegal migration.

The minister said 50 percent of all Immigration personnel will now work at the borders of the country. Also, the NIS Comptroller-General, Muhammed Babandede, said the Technology Building remains the best project the service had ever initiated and completed since it was established in 1958.

Meanwhile, Senate President, Ahmad Lawan, has said drug barons in the country provide terrorist groups like Boko Haram as well as bandits and kidnappers with arms and ammunition to undertake criminal activities in Nigeria.

Lawan stated this when the Chairman of the National Drug Law Enforcement Agency, (NDLEA), Brig-Gen. Buba Marwa (rtd), paid a visit to his office yesterday, at the National Assembly, Abuja.

He said drug traffickers have made Nigeria a major transit route for plying the illicit trade, which he said was responsible for the rise in criminality in the country.