Ebonyi State governor, Dave Umahi, has directed all native doctors and traditional medicine dealers in the state to register with the State government and the Police within seven days. 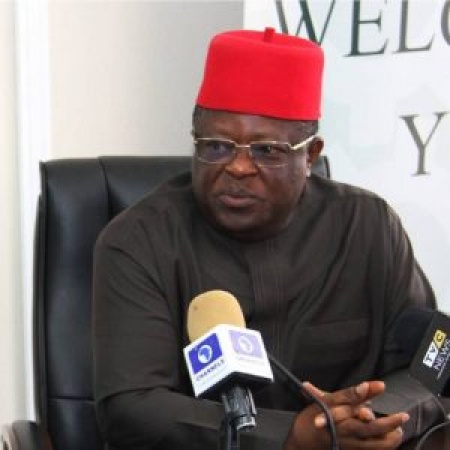 Umahi gave the directive on Wednesday, after the weekly State security council meeting in Abakaliki, the State capital.

The governor said there would be an executive order to this effect and anyone caught doing otherwise would be arrested and prosecuted.

He also directed that all wake-keeps and other social activities in the State must end by 6 p.m., charging Council chairmen and relevant security outfits to enforce the order.

“Anyone who defies this directive would pay a fine of N1 million, as criminal activities are perpetrated through these wake-keeps which last through the night”, he said.

Umahi regretted the rampant circulation of fake news in the state and warned that the government would no longer tolerate such.

He called for a cessation to the killings of security personnel, civilians and the destruction of public facilities, noting that they are purely criminal activities.