The National Coordinator of Oodua Peoples Congress (OPC), Gani Adams, has inaugurated a new security arrangement to safeguard the zone against banditry, terrorism and other forms of criminal activities. 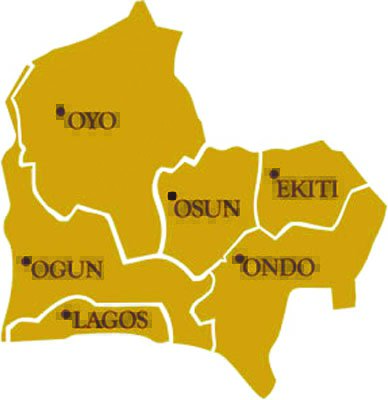 The move, according to Adams, who is also the Aare Ona Kakanfo of Yoruba land, was to strengthen the security architecture of the South West region.

The security arrangement, known as ‘Oodua Dependable Security Team‘, has reportedly been launched in Lagos, Ogun, Oyo and Osun States already, with Ekiti and Ondo the only remaining States in the region.

It was gathered that Yoruba indigenes, who are mostly members of OPC, constitute majorly the team in each State, and the arrangement runs through each local government area and ward in the four States. As gathered, the same thing would be repeated when the remaining two States are enlisted in the team, which was set up to complement efforts of the State Government against crimes and criminalities.

The thrust of the self-styled Yoruba activist’s addresses at the separate inauguration ceremonies in Lagos, Abeokuta, Ibadan and Osogbo echoed that the era of insecurity in the South-West was gone. He also warned terrorists to stay away from the region or face the wrath of the OPC.

Adams explained that the composition of the dependable security team was an intervention strategy of the OPC to nip the security challenges in the bud across the South-West region. The new security arrangement, he said, became necessary as a result of various cases of insecurity, including rape, killings and kidnapping, which had hindered peace and tranquillity across the region.

He added that the leadership of OPC came up with the new security strategic approach in order to rescue the present situation in the region.

Speaking during the inauguration of the team in Osogbo, Osun State, Adams said: “The OPC Dependable Security Team is a child of necessity, borne out of our desire to secure the South-West region against intruders. It is the job of the team to assist by complementing the efforts of the Police and other security agencies in securing the State”.