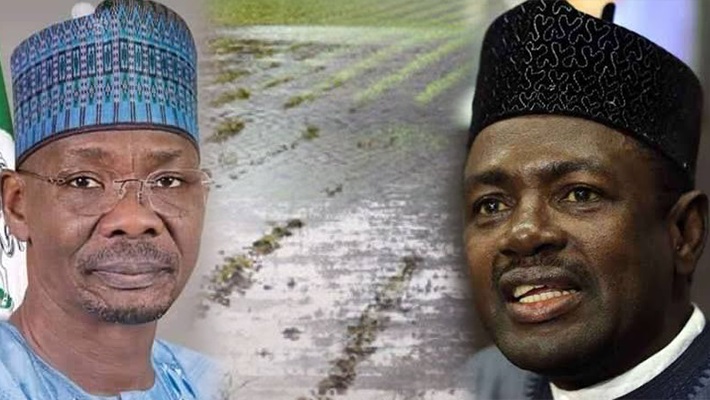 Maku, who is a former Minister of Information, made the revelation at the headquarters of Wamba local government area, in continuation of the Nasarawa PDP State zonal campaign rally, insisting that people no longer go to their farms because there was no peace in the State any longer.

The PDP campaign DG, who spoke at the Wamba zonal rally in Hausa dialect, said: “Since the coming of APC, there is nothing to show to their credit. They have wasted our time. They didn’t allow us to enjoy peace, as hunger has taken a toll on the people, while unemployment has become the order of the day.

“There is no electricity in Toto since 2015; but imagine wickedness that since Sule became governor of Nasarawa State, he collected not less than N300 million monthly as security vote but failed to rectify the issue”.

Maku, in continuation, said that if you multiplied the monthly N300 million security vote by 12 months, it will amount to N3.6 billion per year.

The former minister also calculated further that if the N3.6 billion was multiplied by four years, it would amount to a total sum of N14.4 billion as security monies collected by Sule during his four years regime.

According to him, “That is why we are calling on you that this forthcoming general election will not be a joke”. He added that there was nothing in existence in Nasarawa State at the moment, noting that this is not the brain child of the PDP.