The International Human Rights Commission (IHRC), has urged the Federal Government to hold talks with bandits, the self-styled ‘Yoruba nation’ agitators, and the proscribed Indigenous People of Biafra (IPOB), in order to restore peace in Nigeria. 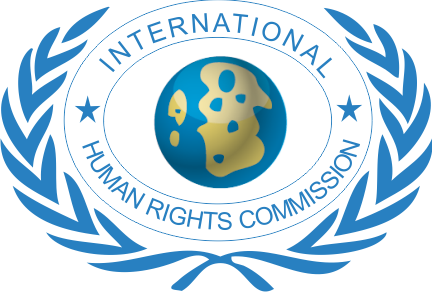 The Commission expressed alarm over the flight of Nigerian youngsters abroad while blaming the country’s poor economy for kidnapping, banditry, and killings, among other types of insecurity.

The IHRC’s Ambassador-at-Large and Head of Diplomatic Missions in Nigeria, Dr. Duru Hezekiah, made these remarks to newsmen in Abuja, on Wednesday, while commemorating the annual International Peace Day.

He encouraged the President Buhari-led administration to declare a state of emergency in order to combat the threat of youth exodus. According to him, “A lot of Nigerians are migrating to the West and other parts of the world due to bad economy and insecurity. When our people leave the country to find greener pastures elsewhere, the people in the host countries would start treating us as beggars”.

He further said, “Youths are moving because the economy is bad. There is a need for us to come together and develop our country. When those who are living abroad see an improvement in economy and security, they would surely come back”.

He noted that violent crimes and discrimination against people based on their color, nationality, immigrant status, or religion were on the rise everywhere in the world and posed a threat to mankind. Hezekiah also expressed alarm about the departure of young people from Nigeria to other nations, saying that this problem requires the declaration of an emergency. He maintained that the Government must address other sociological issues like poverty, unemployment, and a lack of appropriate education in order to address the underlying reasons for insecurity in the nation.

Earlier, the Head of IHRC African Diplomatic Missions, Dr. Friday Sanni, in his presentation, said that the recent attacks on jails across the nation were connected to congestion.

He emphasised the necessity of adopting non-custodial sanctions such as suspended sentences, community service, and fines, among others, in Nigeria’s legal system.

In order to ensure that the elections in 2023 are held in a peaceful environment, he continued, the organisation would be signing a Memorandum of Understanding (MoU) with the Conference of Nigerian Political Parties, (CUPP).