The deteriorating insecurity in Borno and the rest of the North-East had prompted Borno State governor Babagana Zulum, to storm the Presidential Villa, Abuja on Monday to, according to him, tell President Muhammadu Buhari the truth. 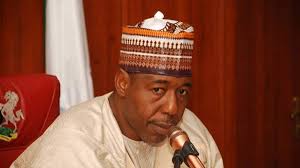 Speaking to correspondents after the meeting, he bemoaned the latest terrorist attacks that led to the death of many soldiers in the State and declared that it was his responsibility to come and tell the president the truth about the situation in the region.

While noting that the situation was pathetic, Zulum emphasised the need for support to help the area get rid of insurgents. He regretted that hundreds of people have fled their homes, rendering many towns deserted in the region.

On the cause of the continuing deteriorating security situation in the North-East, Governor Zulum stated: “I think the military is yet to receive some of the equipment that they have ordered for”.