The Chief of Army Staff (COAS), Lieutenant General Farouk Yahaya, has felicitated with troops of the Nigerian Army on the occasion of this year’s Eid-il-Fitr celebration and directed them to eliminate as many bandits, kidnappers and terrorists as possible and recover as many weapons and ammunition from criminal elements. 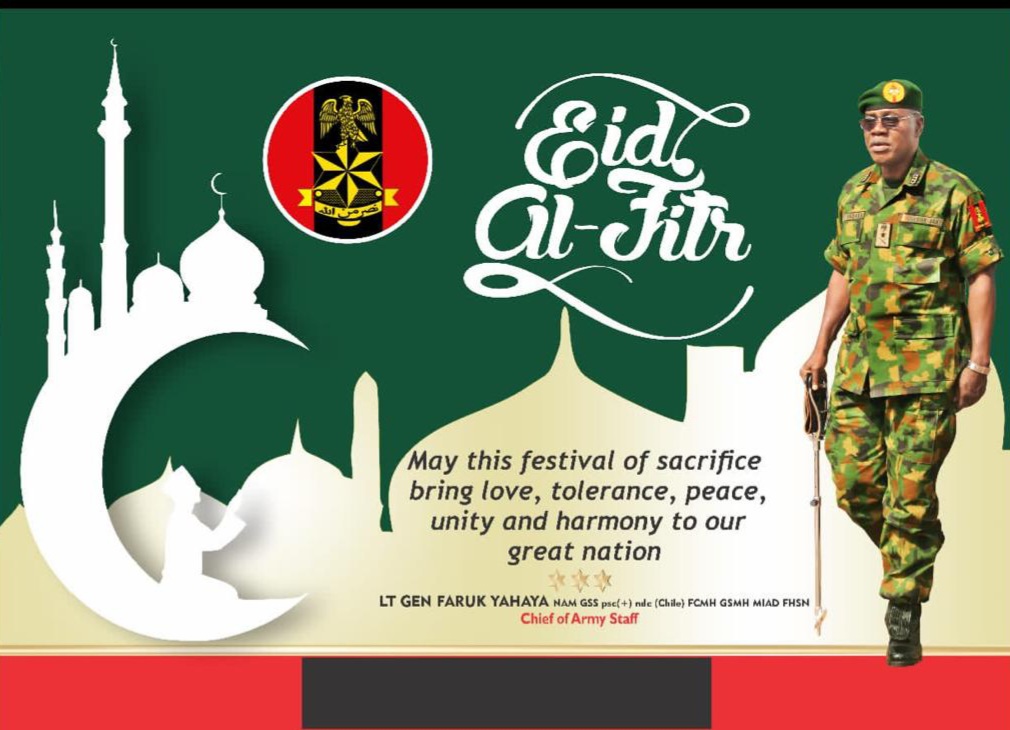 This was contained in an statement to newsmen in Abuja by the Director of Nigerian Army Public Relations, Brig. Gen Ben Nwachukwu.

According to the statement, in the goodwill message to personnel across all Nigerian Army formations and units, the COAS
especially acknowledged and appreciated their sacrifices and commitment in various ongoing operations nationwide.

The Army Chief charged field commanders to redouble their efforts in on-going operations, adding that the best Sallah gift he expected from them was to eliminate as many bandits, kidnappers and terrorists as possible, and paid special tributes to officers and soldiers who paid the supreme price in the defence of the fatherland.

The COAS, however, admonished the officers and soldiers to remain apolitical and professional in the discharge of their constitutional responsibilities, as the electioneering period approaches and urged them to defend the nation’s democracy and avoid being lured into politics. 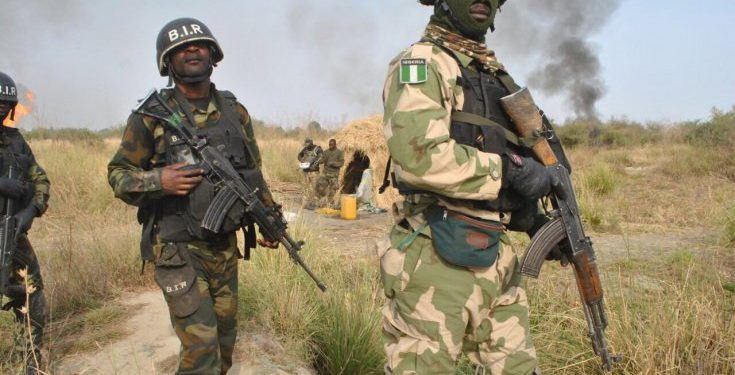 While wishing all Nigerians a happy Eid-il-Fitr, Gen. Yahaya expressed gratitude to the President, Commander-in-Chief of the Armed Forces of Nigeria, Muhammadu Buhari and all Nigerians for their unflinching support to the Nigerian Army in the execution of its constitutional mandate.