The Secretary to the State Government of Katsina State, (SSG), Mustapha Muhammed Inuwa, has attributed the lack of synergy amongst the governors in the North-west and security agencies as one of the major indices behind the insecurity situation in the region. 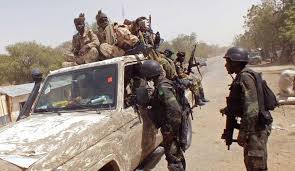 Inuwa, who made this assertion at a two-day capacity building workshop organised by the Katsina State Correspondents chapel, with the theme: “Journalism In The Midst of Insecurity”, opined that, if they can both work together, the menace could be ended in the affected states within a short period of time.

“If the State governors and security agencies work together with the desired understanding of the situation and carry out their operations simultaneously, banditry and other security challenges bedevilling the zone and other regions of the country would end in six months”, he stated.

According to him, recently, the state governors in the North-West region shut down telecommunications services and adopted other security measures that were supposed to provide security personnel better opportunities to tackle banditry but didn’t succeed. He maintained that it is very important for the state chief executives to meet regularly to discuss, review issues and arrive at a work plan that would ensure its implementation as planned.

While stressing that, the synergy among the security agencies is also very important, he said this synergy is lacking, “as you will find the security agencies are doing things differently, separately and without understanding”. “If security agencies will work together and carry out these operations simultaneously, believe you me, the way we know this area this thing (banditry) may not last more than six months to finish but unfortunately this has not been taken into consideration”, he asserted.

The Kano State Commissioner for Information, Muhammed Garba, in his address, called for the use of technology and additional security personnel to the North-West region to ward off these menace of Banditry and other criminal elements terrorizing the zone.
Also,  the Katsina State Chairman of the NUJ Correspondents Chapel, Comrade Abdulhamid Sabo, in his welcome address, appealed to all practising journalists to be objective and accurate in their daily reportage of events and cautioned against inflammatory as it affects the security situation in the zone.