Critical stakeholders of the North, led by the Northern Elders Forum (NEF), which met under “Northern Leaders of Thought” in Kaduna, have strongly advised the President Muhammadu Buhari-led administration to postpone the planned 2022 National Census, considering a large number of displaced Nigerians and the proximity of the census to the 2023 elections. 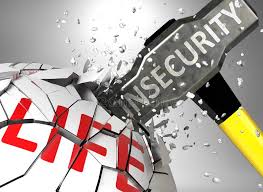 According to a communiqué issued by the Chairman, Communiqué Drafting Committee, Prof. D. D. D. Sheni, after a one-day meeting, with a theme: “Rebuilding the North”, the stakeholders urged key northern groups to engage others from the south to improve understanding, lower tensions and contribute to the creation of an atmosphere that allows all Nigerians to live in peace with each other.

It also, amongst others, urged the National and State Assemblies to prioritise constitutional amendments currently being processed and urged President Muhammadu Buhari to assent to the proposed amendments to the Electoral Act, as it would improve the quality of elections, starting from 2023.

The meeting observed that the current state of insecurity in the North is unprecedented and unacceptable, while commending the efforts of the nation’s defence and security forces in rolling back sundry threats that have weakened the Nigerian State and made life almost valueless.

It advised the Buhari administration, governors and legislators to revisit and re-prioritise spending on security and address the scourge of poverty, recommending the increase in recruitment of security personnel.

The participants stated that the fundamental rights of all political parties to field candidates of their choices, and the right of voters to freely exercise choices over who leads them cannot be compromised, stressing that northerners have equal rights to aspire to all offices, but that they must raise competence, evidence of personal integrity and commitments to the rule of law above all other considerations.

It lamented the widespread insecurity, poverty and discontent with the leadership that has resulted in serious voter apathy that is unhelpful to the fragile democracy and called on all Nigerians particularly the youth not to despair but to register to vote for a leadership that can change the fortunes of Nigeria.