…Says blood flowing across the nation

Islamic scholar, Sheikh Ahmad Gumi, has asked President Muhammadu Buhari to resign over his inability to secure the country from criminals, which makes the blood of innocent lives to flow in the country. 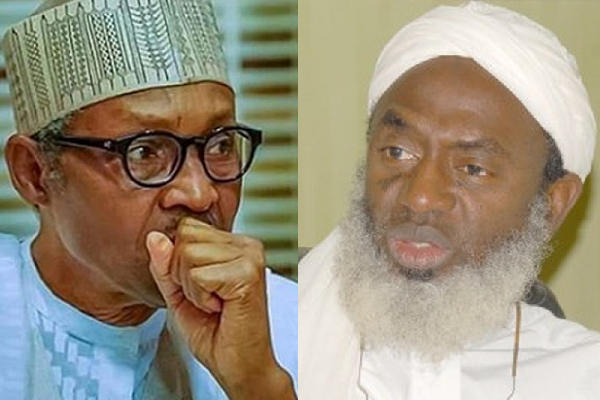 The Islamic scholar made these revelations as he addressed a Muslim gathering yesterday.

Gumi further said he had two options, which is to either apologise to Jonathan or to ask Buhari to resign. He said he was not left with a third option, insisting that Buhari should resign for not tackling insecurity.

According to him, the same advice he gave the erstwhile president, Goodluck Jonathan, would be given to his “own brother”, who appeared to be less democratic even than Jonathan.

“Because they are killing under your regime, you’re responsible for that matter, if you have done your best, I can say Allah can forgive you, but if you are relaxed, no, Allah cannot forgive you.

“So, the same thing now; the bloodshed now is more than the bloodshed during Jonathan’s regime. So, now, you judge yourself to be fair. Our religion is a religion of fairness. We are fair to ourselves. During Jonathan, when blood was flowing in churches, mosques, and streets, I said let him resign because he could not control it. He could not handle it. I said resign with immediate effect.

“Even Jonathan, as bad as he was then, he was more democratic. When he saw there was a problem, he relinquished power and he said I don’t want blood”, Gumi recalled.

“Now, I have one or two options. If I cannot tell my own brother what I have told this man, then I should take an aeroplane from Abuja to Jonathan and say forgive me for castigating you in public. Either seeking an apology or castigating the President; there is no third option”, Gumi added.