Ø  Decorates them with new ranks

President Muhammadu Buhari has directed the newly appointed Service Chiefs to guarantee security before the start of the rainy season to enable farmers go back to their farms.

The President, who spoke yesterday at a ceremony to decorate the new service chiefs with their ranks at the State House Abuja, charged them to speed up their actions in freeing the country from the current state of insecurity.

Buhari, who told the Service Chiefs to see their appointment, clearance and decoration as a vote of confidence on them, gave an assurance of his firm support as they delivered on their responsibilities. He added that as the Commander-In-Chief, he would give them 100 percent backing on any action taken to secure Nigeria. 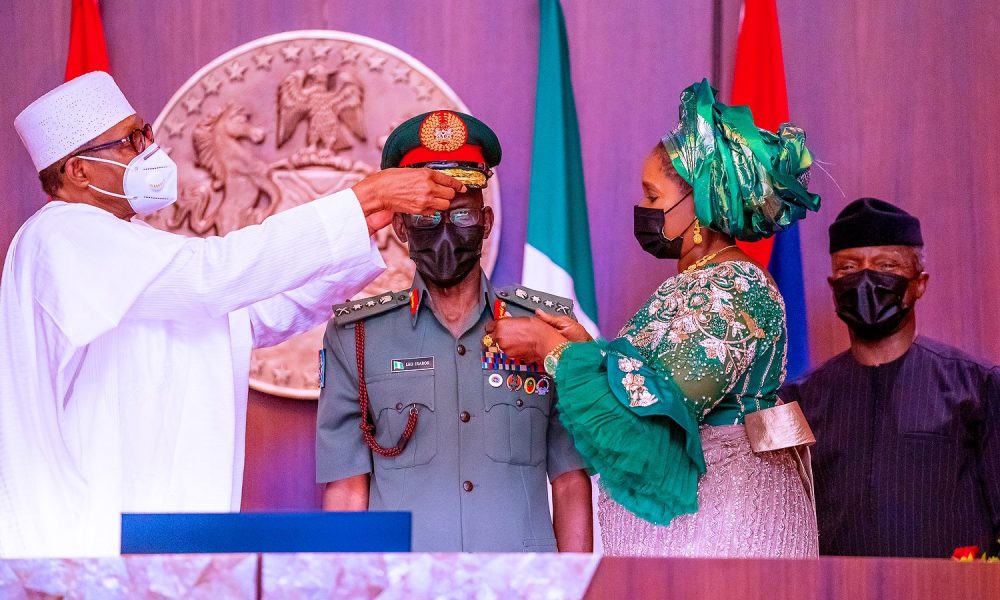 Responding on behalf of the other service chiefs, the Chief of Defence Staff (CDS), General Lucky Irabor assured the President that they will not fail in their responsibilities as the mandate is clear. Others decorated are Lieutenant-General Ibrahim Attahiru as Chief of Army Staff, Vice Admiral Awwal Gambo as Chief of Naval Staff and Air Marshal Isiaka Amao as Chief of Air Staff. 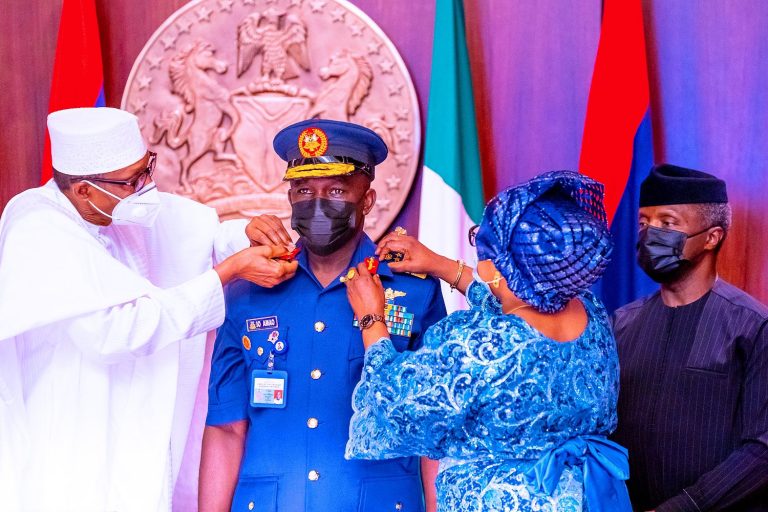 While fielding questions from State House reporters, General Irabor declared that the Nigerian military will never demand peace and security of the country from “the terrorists”. 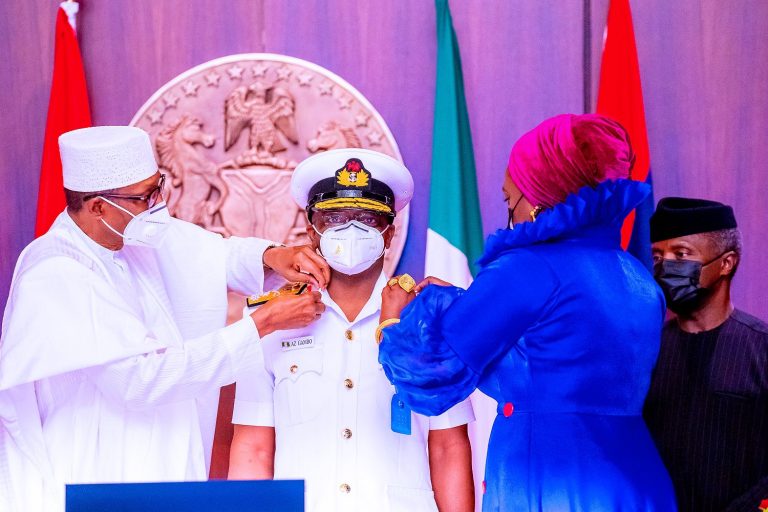 The ceremony, which was held at the Aso Rock Presidential Villa, in Abuja, follows the confirmation of the Service Chiefs by the National Assembly earlier in the week. The President was assisted by his deputy, Vice President Yemi Osinbajo, and wives of the decorated military chiefs.

The new Service Chiefs were accompanied to the State House by their wives and other senior officers of the Nigerian Armed Forces.