The Nigerian Senate, yesterday, urged President Muhammadu Buhari to declare bandits as terrorists, while also calling on the president to wage total war against the bandits. 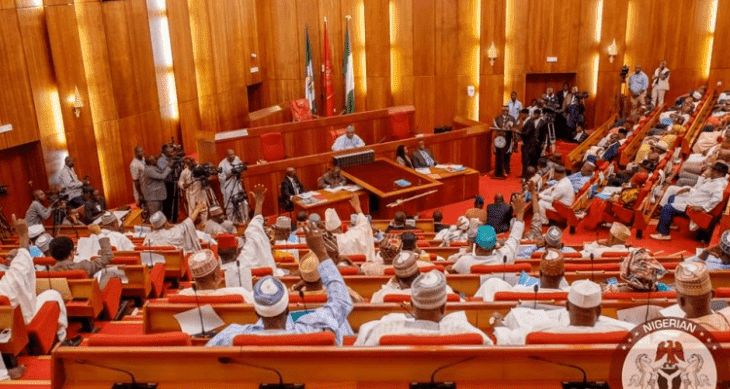 The Senate, which made the call in a resolution following a motion by Senator Ibrahim Abdullahi Gobir (Sokoto-East) and eight others, also asked Buhari to declare all the known leadership of the bandits wanted and track them wherever they are for arrest and prosecution.

Gobir had noted that Sokoto-East Senatorial District has now become a safe haven for bandits due to the current onslaught against them in Zamfara State.

He recalled the killing of 21 security personnel last Saturday in Dama and Gangara and yet-to-be ascertained number of civilians from the neighbouring villages by rampaging bandits.

The gruesome murder, the lawmaker said, portrayed the seriousness of the problem, which he said requires concerted and urgent action by the declaration of total war on banditry.

He expressed his worry that losing such a number of trained officers would further deplete the numerical strength of the security personnel in the country, thereby jeopardising the security architecture of the country.

He also lamented that most of the bandits have now relocated to Sabon-Birni and Isa local government areas due to the sustained military operations at the Zamfara axis.

The lawmaker said while the crackdown on the bandits was taking place in Zamfara State, no concrete measures have been taken in Sokoto State, leaving it totally exposed to the activities of the bandits.

He noted that the present military onslaught on the bandits is not well coordinated because it is only being orchestrated in Zamfara State instead of all the front-line states ravaged by banditry.

“The operation should be holistic instead of restrictive in order to produce effective and the desired results,” he advised.

The Red Chamber observed a minute of silence in honour of the fallen heroes and civilians who lost their lives in the unwholesome activities of the bandits, while also directing the National Emergency Management Agency (NEMA) and other relevant federal government agencies to, as a matter of urgency, give all the necessary support to the victims of the menace of banditry in Sokoto and other parts of the country.