The joint body of South-East Council of Traditional Rulers and Representatives of Igbo Archbishops and Bishops has flayed the Federal Government and State governors over their seeming lack of commitment in arresting insecurity in the region. 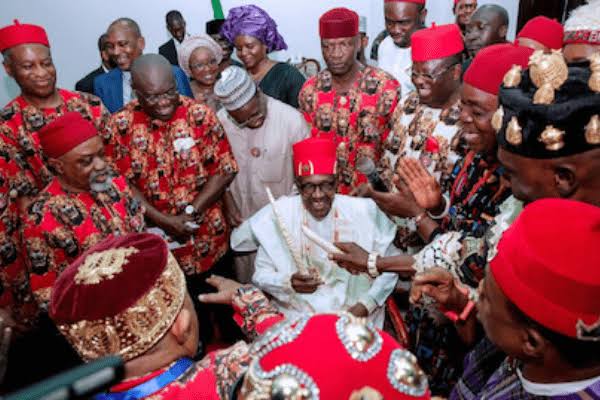 Arising from its meeting in Enugu at the weekend, the group regretted that both the Presidency and the South-East governors had ignored their requests for meetings to find lasting solutions to the festering issue of insecurity in the zone.

In a communiqué issued yesterday, the monarchs and religious leaders recalled how their intervention in the build-up to the November 6, 2021 Anambra governorship election paid-off, leading to the de-escalation of tension and peaceful conduct of the poll.

Some other signatories include the Methodist Bishop of Umuahia, Most Rev. Dr. Chibuzor Opoko, the Catholic Archbishop of Onitsha, Most Rev. Dr. Valarian Okeke, Bishop Obi Onubogu and Igwe Lawrence Agubuzu.

They noted that their achievement was a product of extensive behind-the-scene consultations with all relevant stakeholders, including the proscribed Indigenous People of Biafra, (IPOB).

The traditional and religious leaders said: “The response to the appeal by political actors in committing to a peaceful election, as well as by IPOB in cancelling its seven-day sit-at-home order, paved the way for peaceful Governorship Election in Anambra State. The Joint Body wishes to thank all stakeholders for the respect accorded to it in this regard.

“In a bid to sustain the momentum gained, on November 3, 2021, the Joint Body wrote a letter to the President, Commander-in-Chief of the Armed Forces of Nigeria, His Excellency, Muhammadu Buhari (GCFR), requesting an audience”.