The Trade Union Congress (TUC) Women Commission, has noted that over ten million Almajirai, orphans and vulnerable children are roaming the streets in Nigeria while criminals are keeping their weapons, drugs with them. 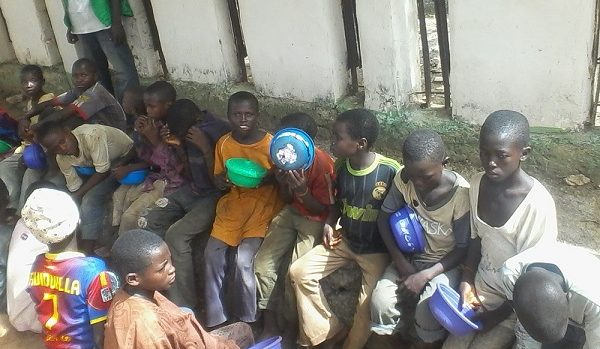 She said, ” In both Islam and Christianity, a child needs not to beg for food and other essential needs. His food, security and other basic needs were granted by law, the parent, relatives and the state were obligated to meet the child’s demands including feeding, clothing, shelter and education.

She added that relegating children to the Almajiri system is tantamount to child abuse, violations of their fundamental rights which were granted by Nigeria’s Constitution.

The National Chairperson of the Women Commission of the Congress, Hajia Hafsat Shuaib, who commended the Kebbi State chapter for organising the programme, appealed to all Nigerians not to perceive the problem of almajirai as Northerners’ problem but as an issue that must be solved by all citizens.

She disclosed that, apart from sexual abuse, child abuse and other evil treatment they are subjected to on the streets, the criminals are also keeping their weapons, drugs with them during the day which they could not resist.

While declaring the programme open, Kebbi State Governor, Sen. Abubakar Atiku Bagudu, represented by the Permanent Secretary in-charge of Establishment, Training and Pension, Dr. Isa Muhammed, assured the Congress that the State government would continue to support any organisation in the course of women and child development.

Bagudu also condemned child abuse and relegation of children to the almajiri system, adding that the society has completed derailed from the original system of Almajiri.