The Rivers State governor, Nyesom Wike, has called on the Federal Government to account for the $1 billion taken from the excess crude account (ECA) to purchase am ammunition for the military. 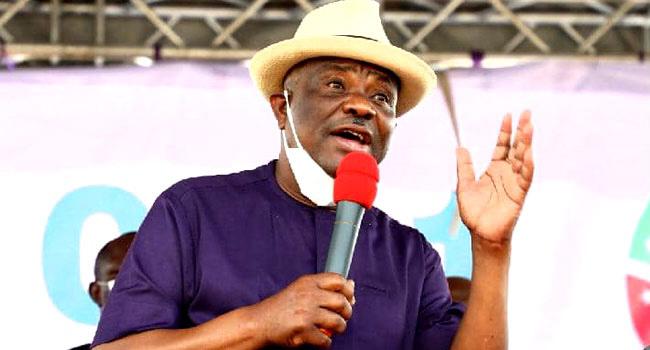 Recall that the National Economic Council, (NEC), in 2017 approved the withdrawal of $1 billion from the ECA to fight insurgency in the North-East.

Following strict criticisms from the public and civil society groups, the Presidency later released details of how the money was spent.

Commenting on the declining security situation in the country, Wike said it calls for concern that soldiers are complaining of a lack of arms to fight insecurity when $1 billion was withdrawn to serve the same purpose.

“Nigeria is bleeding. When citizens cannot be protected, then there is nothing like governance,” Wike stated.

“If I should release that money as the Chief Security Officer, knowing how Nigeria is, I will make sure that those weapons and the right ones were bought. It is key.

“You have to take leadership. I couldn’t have released $1 billion and nobody could show me the equipment. Even if those who were at helms of security have left, the onus is on you to summon them and ask for the equipment you released money for. The army is saying they need equipment to fight. That calls for concern.”, he emphasised.