The Islamic cleric, Sheikh Ahmad Gumi, has again asked the Federal Government to grant amnesty to bandits just like it gave to Niger Delta militants. 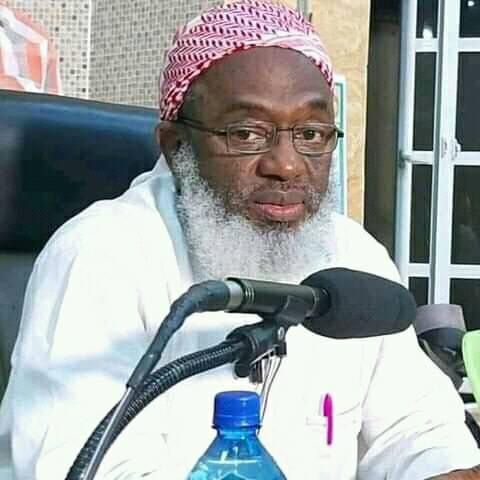 Gumi, who has been visiting bandits in the forest in an attempt to negotiate a peace deal with them disclosed this in a Facebook post titled: ‘Zamfara: The Flaring Of Crisis’ yesterday.

According to the renowned cleric, military action against criminal herdsmen and bandits will not solve the security challenge, but “will only worsen the situation”.

According to him, no military, especially that of a poor economy, can win guerrilla warfare; he cited the recent victory of the Taliban in Afghanistan as an example.

The post reads in part: “Every time they kindle the fire of war, Allah doth extinguish it; but they (ever) strive to do mischief on earth. And Allah loveth not those who do mischief– Holy Qur’an”.

He added: “Profiling of Fulani herdsmen became another motivative factor of more resistance and more kidnappings, which has now led to their metamorphosis into the monster the nation is facing today.

“We should also know that because of their educational status and lack of an effective unified leadership they have faced untold hardship at the hands of authorities where they were extorted and stereotyped. It has been imprinted in the psyche of nomadic pastoralists that the authorities and their town dwellers are ‘evil people’ that should be resisted because they have no place to secure justice for their cases no matter how innocent they may be.

“With their acquisition of weapons, they realized how easy it became to be masters of their abode the forest, where no authority can venture into. This has emboldened them to further attack people for more ransoms to sustain their newfound reality.

“Now with the prodding of the government to take more military actions of an already ugly situation whereby they were left to amass weapons, a huge military budget that is almost draining the economy to a standstill in the purchase of fighter aircrafts and conducting military operations in the region has become to the authorities in their calculations a necessity.

“Unfortunately, this is no solution or wisdom. When you don’t have the monopoly of the instruments of violence, then dialogue has the monopoly of resolving the conflict. This is what the UN is all about. i.e., Roundtable resolution of conflicts. What we are seeing is more than just criminals and criminality, yes it may have started as such but like any conflict, it is dynamic.

“The danger we face now is ideological demagogues changing the narrative. They are trying hard to infiltrate the herdsmen. And we know their objectives. They want to destroy all modern governments by fighting the military and now in the recent cajoling of local populations, they have tormented before to join them in the struggle.

“Let us face the reality, these herdsmen are going nowhere, and they are already in battle gear, and we know our Military very well, so before things get messy, we need cold brains to handle this delicate situation. Its commonsense that if you allow your neighbors to be your enemy, you are already conquered. Because they can easily be used against you by other forces as we see now the herdsmen are ultimately used to destabilize the region, pauperize and even depopulate it.

“Military actions in the past have worsen the situation stimulating herdsmen resistance. Any more action will push them closer to religious fanaticism. It gives them protection from discrediting them as thieves and also reinforce their mobilization of gullible young unemployed youth as we saw with BH.

“This conflict can be resolved by active engagement of the government with the agitators. Just as we saw how #EndSARS agitation was swiftly managed after an initial scandalous failed military confrontation, was peacefully resolved by the government, likewise, the herdsmen crisis can be.

“Just as we had the Niger-Delta conflict resolved with an amnesty which comes with reconciliation, reparation, and rehabilitation packages, so will the herdsmen crisis be resolved. In fact, there is a need for a Marshal Plan to educate the nomadic pastoralist so that no citizen is left behind.

“These measures I enumerated are cheaper, easier, and lasting than the kinetic approach which is now taking place. No military especially of a poor economy can win guerrilla warfare. The recent victory of the Taliban in Afghanistan is a factual warning for those that contemplate”.