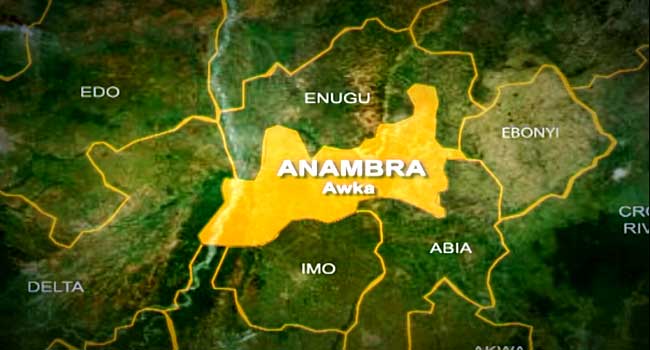 Also set ablaze was the country home of a chieftain of the All Progressives Congress, APC, Joe Igbokwe who is based in Lagos.

Identities of the victims have not been known, although it was gathered that the casualties might have been hit by stray bullets during firing by the gunmen.

According to an eyewitness, the gunmen drove from Owerri Road in the industrial town in four Sports Utility Vehicles (SUVs) and stopped at Emecourt Road Junction, where they fired gunshots, which made those in the vicinity to scamper for safety before they headed to the nearby DSS and FRSC offices and set them ablaze.

He said: “They later drove through Nkwo Nnewi Triangle roundabout and moved towards Nnobi road.

“A military armoured vehicle drove around the town and passed through Emecourt Road. “There was no exchange of fire as the military and the gunmen did not meet. Later, heavy smoke was seen at the country home of Chief Joe Igbokwe whose house is located off the Nnewi – Oba road”.

It was also gathered that Igbokwe and members of his family were not at home at the time of the incident.

The State’s Police Public Relations Officer, (PPRO), Tochukwu Ikenga has confirmed the incident of fire in Nnewi, although he did not give details.