Stakeholders in the South-East geo-political zones have lamented the resurgence of the activities of ominous unknown gunmen in recent weeks, describing it as becoming worrisome. 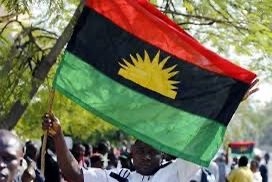 Recall that gunmen of the banned Indigenous People of Biafra (IPOB) became a phenomenon in the zone in the aftermath of the #EndSARS protests in 2020, got to an alarming height up till mid-2021, but began to show a downward curve before the end of the same year.

However, with the recent incidents in some communities in the zone particularly Imo, Ebonyi, and lately Abia (a hitherto relatively peaceful state), it is no longer in doubt that the IPOB gunmen are on the prowl again in the region, which prided itself as the most peaceful, enterprising and resourceful in the country.

The stakeholders have lamented that the inability of the Government to unravel the mystery behind this, or to unveil the real identity of the masterminds of this group, has also not helped matters, and in fact, is to blame for its persistence.

There has been a blame game between security agencies and the agitators of self-determination in the zone on who is behind the octopus masquerade and whose interests it serves.

While the Government continues to point accusing fingers at the IPOB, the pro-Biafra group has not minced words in their allegation that security agents in collaboration with some “treacherous governors” in the zone are sponsoring the activities of the group to disrepute, discredit and demonise it, and ultimately justify the on-going clamp down on the group especially the Eastern Security Network, (ESN). 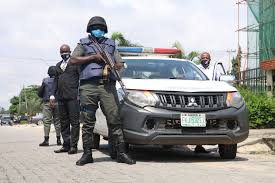 There have also been allegations that the festering insecurity in the zone is politically motivated. The mode of operation of these unknown gunmen in some instances leaves members of the public more confused on who actually is behind the mysterious masquerade.

Despite the different narratives, the fact remains that the South-East is burning. The fire is ragging so fast that if nothing urgent is done to extinguish the inferno, the entire zone will soon be consumed.

Kidnapping for ransom has become regular around Abia-North and Okigwe axis where a number of abductions by armed bandits have been witnessed in recent times.

There have also been calls for a probe of the alleged involvement of the operatives of Ebubeagu regional security outfit in the mystery unknown gunmen. A coalition of South-East Youth Leaders, (COSEYL), has called for their arrest, describing their actions as “wicked and barbaric”.

The youth group, while condemning the overzealousness of the security apparatus, expressed displeasure on the alleged jungle justice being meted out to suspects.

The COSEYL, in a statement by its President-General, Goodluck Ibem, over last week’s incident in Imo State, called for the investigation and prosecution of the group over the barbarity.

And as if those were not enough, the recent invasion of a Cattle Market in Omumauzor, Ukwa-West, Abia State where about eight persons were killed and some others wounded in a midnight raid by armed bandits, are all pointers that the South-East is boiling security-wise.

The revelation by Gov. Okezie Ikpeazu when he visited the scene, where he disclosed that the yet-to-be-identified attackers did not come from the immediate community according to preliminary investigations, yet threw a challenge that much remains to be done by the intelligence community on the sources of the rising insecurity in the region.

So far, nobody has claimed responsibility for the attack just as the motive of the invaders is yet to be known. Although Government had announced some measures including siting a military base in the area to boost security in the environment, how these measures would prefer a permanent solution to the unknown gunmen malady remains a mystery.

Meanwhile, the Police have said the force was not yet overwhelmed despite the resurgence of unknown gunmen in the zone. The Zonal Police Public Relations Officer in charge of Zone 9, Umuahia, Kingsley Iredibia, told newsmen that the Police were making efforts to put the challenge under control.

The Police Spokesman expressed hope that the challenge would soon be permanently overcome.