No fewer than five officials of the Borno State government supervising have been abducted by Islamic State in West Africa Province, (ISWAP). 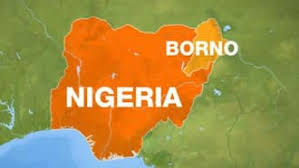 The victims, who were supervising the construction of Chibok-Damboa road, were said to be forcefully taken away on Wednesday.

The incident reportedly occurred near Wovi, a remote village located in Chibok local government area of the State.

According to a source, one of the abducted staff, a driver, escaped unhurt.

A top State official confirmed the incident to newsmen, said, “Yes, it is so sad and we are worried about this latest developments. The abductions came as a shocker to us. I can confirm to you that they were abducted this morning”, he stated.