The Chief Justice of Nigeria, (CJN), Justice Tanko Muhammad, says it is difficult for the Judiciary to be impartial and objective in a democracy, where it remains financially tied to the Executive. 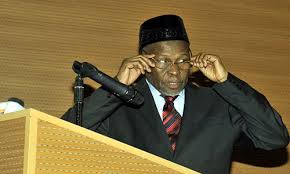 Justice Muhammad made this known yesterday, at the 2021 biannual All Nigeria Judges Conference for courts of superior records, at the National Judicial Institute, Abuja.

He stressed the need for financial autonomy upon which the impartiality of the judiciary is anchored and to avert the repeat of the Judiciary Staff Union of Nigeria (JUSUN) strike that grounded the judiciary for months.

The conference offers judges a chance to collectively strategise and tackle the problems of court inefficiencies, poor infrastructure and condition of service, decay of intellectual capacity and corruption.

According to him, the theme of this year’s conference: ‘Promoting judicial excellence in the administration of justice’ was apt and germane, considering the pivotal role of the judiciary towards stabilising our democracy.

While commending President Buhari for granting financial autonomy to the judiciary, the CJN said he was saddened by the fact that only a few States have implemented the agreement relating to the funding of State judiciaries.

Muhammad noted that among judiciaries in the Commonwealth, the Nigerian judiciary is the most burdened, harassed and overstretched with political cases and disputation, but he said this wouldn’t deter them from rising to the challenge and restoring public confidence in the judicial system by resisting the tendency to issue incessant ex-parte orders.

The CJN called on judges to desist from giving incessant ex-parte orders so as not to project the judiciary in a bad light. He further stressed that it is important to have an incorruptible Judiciary, as the citizenry desires that justice must be done without delay at all times, and be seen to have been done.

He categorically stated that Nigeria’s democracy would have been truncated if not for the timely intervention of the Judiciary.

The conference was declared open by President Muhammadu Buhari, who was represented by Vice-President Yemi Osinbajo. The President reiterated the commitment of his administration to ensuring financial independence for the Judiciary, stating that investment attracted by the country depends on the quality of its justice delivery.